Looking for an island getaway? Forget about Mykonos or Santorini and head to Euboea (Evia) island and its capital city, Chalkida. The city gets its name from the ancient Chalkis (Chalcis) people that resided in the region. The earliest recorded mention of Chalkis is in the Iliad. The name is preserved from antiquity and is derived from the Greek χαλκός (chalkos) which means copper, bronze thought to be produced in the area, though there is no trace of any mines in the area.
Euboea is one of the easiest islands to reach from Athens since it is accessible by bridge. Its proximity to Athens, however, does not take away from its island charm and cosmopolitan ambiance. Only 45 minutes to an hour by car, crossing over the Evripos strait on the Negroponte Bridge will have you transferred to a different world. So next time you are in Athens and have a free day, or two, visit Chalkida and don’t miss these five hot spots:
Karababas fortress 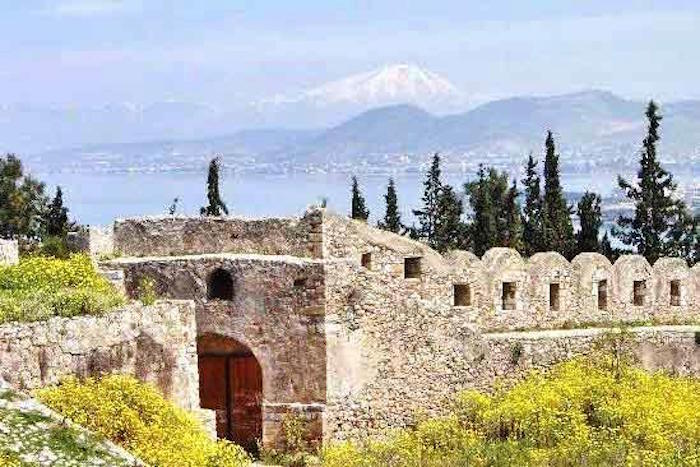 The fortress is a superb Venetian fort, that stands on the top of Kanithos hill, offering a bird’s eye view of the city and the gulf of Euboea. According to The Greek Ministry of Culture the fort was probably built by the Turkish people in 1684 in order to protect Chalkis from the Venetians, however its architectural form is more Venetian than Turkish in character.
Paralia/The Promenade

Try one of your favorite cocktails. Or get a custom cocktail at any shop in downtown’s paralia/promenade. Where locals drink, chat, and dance until 4 am. Walk along the promenade day or night and embrace the diversity in options for breakfast, lunch, or dinner while taking in breathtaking panoramic views. Don’t forget to watch the mysterious waters from the Negroponte Bridge.
Mysterious Waters – The locals call them mad waters and there is a reason…

Like a whirpool the mad waters of Chalkida are really a site to be seen. Ask the locals and they will tell you the water spends six hours moving north, six hours moving south, and has an eight-minute interval between the six hour cycles staying completely still.
The phenomenon can best be observed from the Negroponte Bridge overlooking the Evripos Channel and has provoked the admiration and interest of humans from ancient times; not only from an astronomical and geophysical perspective, but also a philosophical one. In the duration of a lunar month there are two periods, when the currents do not display a regular flow, do not obey any law of nature and, naturally, the change of direction every six hours is not in effect. During these periods it is possible for the waters to change direction up to 14 times per 24 hours or, conversely, no change to occur at all for an entire day.
Alikes – The Beach Bars

Have a frappe or the more famous freddo at one of the beach bars, on a beach bed, with an ocean view that will cost you no more than 2 euros. This is an ideal destination where you can move to the sounds of relaxing music both inside, or just outside the bar. By locals this beach area is known as one of the cleanest nearby beaches making it great for relaxation. Any beach bar you find will provide a great atmosphere. A tip is try getting there a little before sunset as it is less crowded, you can still enjoy the beautiful sea water, and watch the sunset.
A Stay with the best Ocean view at The Lucy Hotel 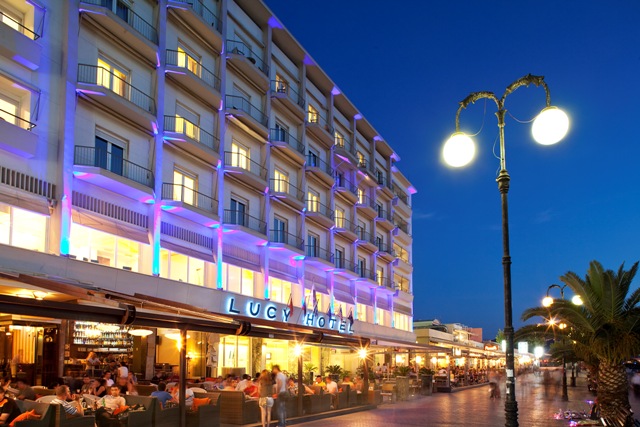 The Lucy Hotel will have you saying ” Lucy I’m home” as it gives you the best view from The Paralia (Central City Plaza) of the entire Island. Politicians, royals, artists, and other prominent personalities from Greece and abroad have been accommodated at the hotel, contributing to its unique reputation throughout the years. Free Greek breakfast, a helpful and gracious staff, just some of the features that will make your stay on the island amazing.
Visit the Ancient Ruins in Eretria

The town of Eretria, was a city that significantly contributed to the development of Greek civilization. The earliest surviving mention of Eretria was by Homer (Iliad), who listed Eretria as one of the Greek cities which sent ships to the Trojan War. In the 8th century BC, Eretria and her near neighbor and rival, Chalcis, were both powerful and prosperous trading cities. Two of the most important ancient sights of the area are the ancient theater and the temple of Apollo. Today, the town of Eretria also offers great beaches and summer entertainment.