Small Greek Island and Residents Not Recognized for Financial Gain 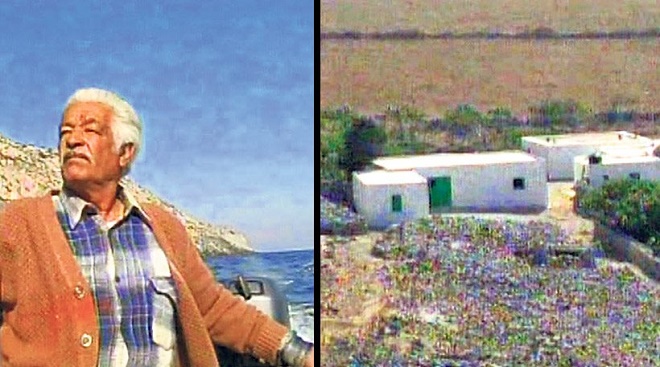 A Greek family that has been living alone on a small Aegean island called Levitha since 1820 is not being acknowledged by the state which will not recognize their or the island’s existence, in order to serve financial interests in the Aegean Sea.
Levitha, an islet located between Patmos and Leros is inhabited by the family of Dimitris Kamboso, whose great-great-grandfather settled there in 1820. As expected, the remote island inhabitants face several problems in their everyday lives. It is not easy, living without neighbors in the middle of nowhere. The nearest inhabited area is located 24 nautical miles away, 2.5 hours by boat.
The winters are particularly hard, since the family can be left stranded on the island due to the strong winds and rough. Therefore, they always make sure to have enough provisions and supplies.
At the moment, however, the Kambosos family is facing a more serious issue, since the Municipality of Leros is trying to declare the inhabited island as an uninhabited islet. It all began in February 2013 when a renewable energy company sought to lease properties in five islands in the region in order to install wind turbines.
It appears that the municipality has the upper hand in the situation due to the way in which the statistical authority conducted the census process in 2011. According Dimitris Kambosos, agency officials contacted him, asking to fill out the census form via the phone in order to avoid the trip to Levitha. The family accepted in good faith. As a result, after the census, the number of residents recorded on the island amounted to zero and the island had been declared by Leros’ mayor as an uninhabited islet.
On the other hand, the Greek Defense Ministry has informed the Municipality that Levitha cannot be classified as an uninhabited islet, because in such a case, the international law does not recognize its rights to the Continental Shelf and Exclusive Economic Zone (EEZ).