GRNews
GreekReporter.comGreeceNew Greek Poll Shows SYRIZA in the Lead - ANEL Out of... 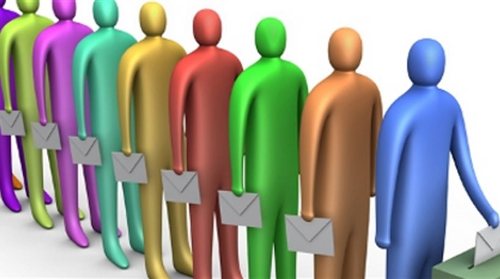 A new public opinion poll produced results that would reshape the Greek Parliament in the next elections.
According to the poll, if elections were to be held next Sunday, the ruling SYRIZA party would still be leading with 33.6% of the vote ahead of New Democracy that follows with 17.8%.
However, SYRIZA’s junior coalition partner Independent Greeks (ANEL) would not be in the next parliament, according to the poll. The party would get just 2.8% of the vote, therefore falling short of the 3% mark, which is the minimum for entry in the Greek Parliament.
The Centrists’ Union, under long-time leader Vasilis Leventis, would sit in parliament for the first time with a 3.3% vote.
“To Potami” would be the third biggest party with 6.1% of the vote, followed by Golden Dawn with 5.3% and the Greek Communist Party (KKE) with 4.2%. According to the poll, PASOK, which was part of the last Greek government, would barely make the cut with 3.6% of the vote.
61% of respondents approved Greek Prime Minister Alexis Tsipras‘ performance thus far. 36% found that Tsipras has not done well during the first six months of his term. In February, just 15% of respondents had a negative assessment of the Prime Minister.
Although 78% said they want to remain in the Eurozone and 63% believe that Tsipras was right to make a bailout deal with international creditors, 83% believe that the deal does not reflect the “No” vote result of the July 5 referendum.
Furthermore, 35% were satisfied with the new Greek cabinet, while 34% found it worse than the previous one and 16% thought there is no difference between the two.