As Greek Tragic Hero Iphigenia, Varoufakis Was Sacrificed at a Higher Power's Will 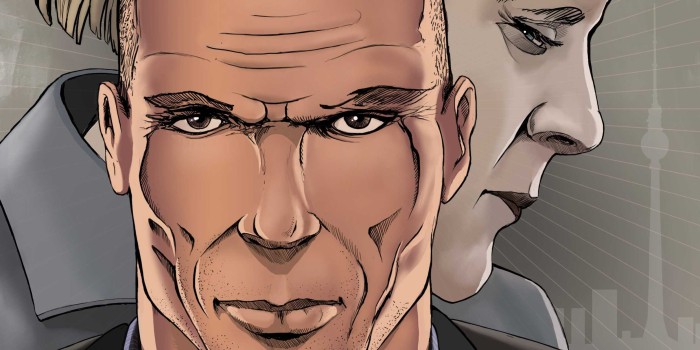 As a modern day Iphigenia, Yanis Varoufakis had to be sacrificed from his post in the Ministry of Finance in order for the Greek negotiations team to embark on its difficult journey to Brussels and re-negotiate a deal for debt-ridden Greece.
Iphigenia is the daughter of Agamemnon and Clytemnestra in Greek mythology, whom Agamemnon is commanded to kill as a sacrifice to allow his ships to sail to Troy.
It wasn’t the people of Greece that asked for his resignation, in fact, Greeks voted a resounding No to Greece’s creditors bailout proposal supporting Varoufakis and his politics.
Watch below the welcome Varoufakis received when he casted his ballot in the referendum and what he said:


However, a day later and as deus ex machina, Eurogroup members demanded Varoufakis’ removal.
“Soon after the announcement of the referendum results, I was made aware of a certain preference by some Eurogroup participants, and assorted ‘partners’, for my… ‘absence’ from its meetings; an idea that the Prime Minister judged to be potentially helpful to him in reaching an agreement,” Yanis Varoufakis wrote on his blog.
“For this reason I am leaving the Ministry of Finance today.”
“And I shall wear the creditors’ loathing with pride,” Varoufakis stated.
Since the announcement of his resignation, his popularity seems to be spiking on social and other media often being described as a modern-day honorable tragic hero.

Varoufakis was elected to the Greek parliament with the most votes, ahead of any other Greek politician, on January 25. A few days later he became the Greek Finance Minister often clashing in discussions with EU officials, while many said that he was the reason for the delay of the Greek bailout negotiations.
His first day at the Ministry of Finance will be remembered because of a press conference that stunned Eurogroup President Jeroen Dijsselbloem who said “You just killed the Troika.”
Then Varoufakis responded with a simple “wow,” that since then became a popular expression in Greece.
The former Greek finance minister has called himself an “accidental economist” and has likened Greece’s position in the euro zone as a “Hotel California” lyric, he has taught economics in Greece, Britain, Australia and the U.S., his controversial blogposts won him thousands of admirers. After all that, Yanis Varoufakis will be remembered deservedly as the non-conventional finance minister in an non-conventional government.
The 53-year-old Greek-Australian won the admiration of SYRIZA leader Alexis Tsipras, who trusted him to run the “difficult” finance ministry at a time when Greece negotiated its economic future with its international creditors.
The fact that he was financial adviser to George Papandreou’s short but catastrophic administration is of little importance now that the victory celebrations are still fresh. Varoufakis himself admitted that it was a “stupid mistake” to advise the man who “drove Greece to hell.” Then, as finance minister he negotiated a bailout program to pull Greece out of this mess without achieving an agreement.
Varoufakis studied mathematics, statistics and received his economics doctorate at Essex University in 1987. He started teaching the following year and from 1989 to 2000 taught at the University of Sydney. He then moved to his native Greece where he is still a Professor of Economic Theory at the University of Athens.
He wrote several books on economics and game theory. His economic theories combine John Maynard Keynes with a pinch of Karl Marx, as an economist has described them. He likens the situation of Greece in the euro zone as a lyric from a famous song, “The last line in Hotel California explains where we are: you can check out any time, but you can never leave,” he has told Bloomberg.
Among his election campaign promises were trying to end the humanitarian crisis, renegotiate Greece’s debt and destroy Greek oligarchs.
“We are going to destroy the basis upon which they have built for decade after decade a system, a network that viciously sucks the energy and the economic power from everybody else in society,” he told Britain’s Channel 4 television.
Until further announcement Yanis Varoufakis remains a member of the Greek parliament, without being known if he might serve at a different post in the Greek government.
He is married to Greek artist Danae Stratou.
(Philip Chrysopoulos contributed to this report)