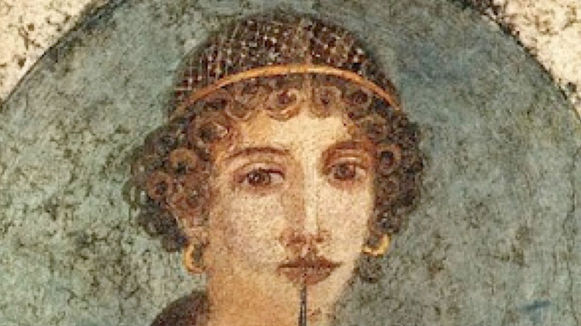 According to a new BBC documentary, the Greek island of Lesbos used to be the Magaluf of its time. A place famous for its sex tourism and women were so beautiful that men just couldn’t resist. Even though Lesbos has been linked with the idea of female homosexuality for many years, it appears that in ancient Greece it was a place visited mostly by straight men looking to have some fun.
“Lesbos had a very particular reputation for producing very beautiful women. They really were supposed to be the sexiest people in the entire Greek world,” said professor Edith Hall from King’s College London. “In the Ancient Greek world, the word ‘lesbian’ actually meant a woman performing an intimate sex act on a man.”
Furthermore, professor Hall noted that Lesbos is close to the Turkish border, therefore people on the island would have been influenced by Asia, making them appear almost exotic to Athenians. “They also had a very interesting accent that would have sounded almost oriental to the Athenians,” she said.
In the BBC documentary, former Apprentice star Margaret Mountford traveled to the island and looked around in order to uncover its past. She examined the life of Sappho, an ancient Greek female poet who lived in Lesbos around 600 BC. The bulk of her poetry, which was well-known and greatly admired in ancient times, has been lost; however, her immense reputation has endured through surviving fragments. She often wrote poems that were declarations of her love for other women.
Ancient Greeks embraced both male and female homosexuality, according to professor James Davidson. “The whole phenomenon of Greek homosexuality for men and women seems to be a kind of cultural and social institution,” he said.