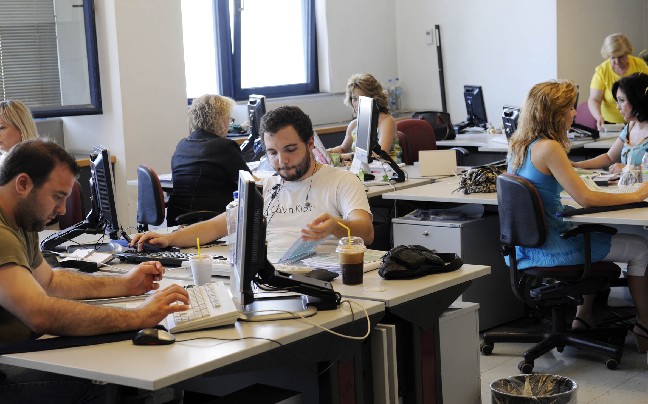 Greeks are the hardest working people in Europe, since they work 2,037 hours per year, a OECD study shows.
The Organisation for Economic Co-operation and Development conducted a study to determine in which of the 38 OECD member-countries people work the most. Greece ranked third in the world, after Korea and Mexico, and first among European countries.
In Europe, the Dutch work the least hours per year (1380), followed closely by the Germans who work 1388 hours. Norway comes third with its people working 1408 hours every year, followed by the Danish who work 1411.
Greeks are the hardest working Europeans (2,037 hours) followed by the Polish (1918 hours), the Hungarians (1883 hours) and the Estonians (1868).
Globally, people in Mexico work 2,237 hours per year, Koreans 2,163, Chileans 2,015 and Russians 1,980 hours. The U.S.A. rank in 12th place with Americans working 1,788 hours per year.
The mission of the Organisation for Economic Co-operation and Development (OECD) is to promote policies that will improve the economic and social well-being of people around the world. 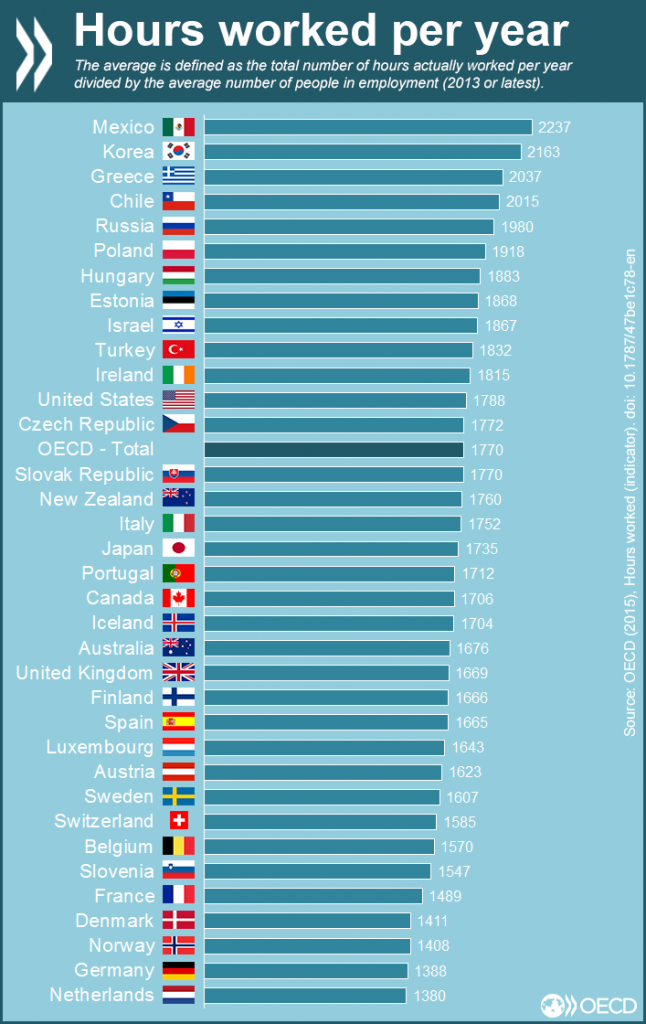