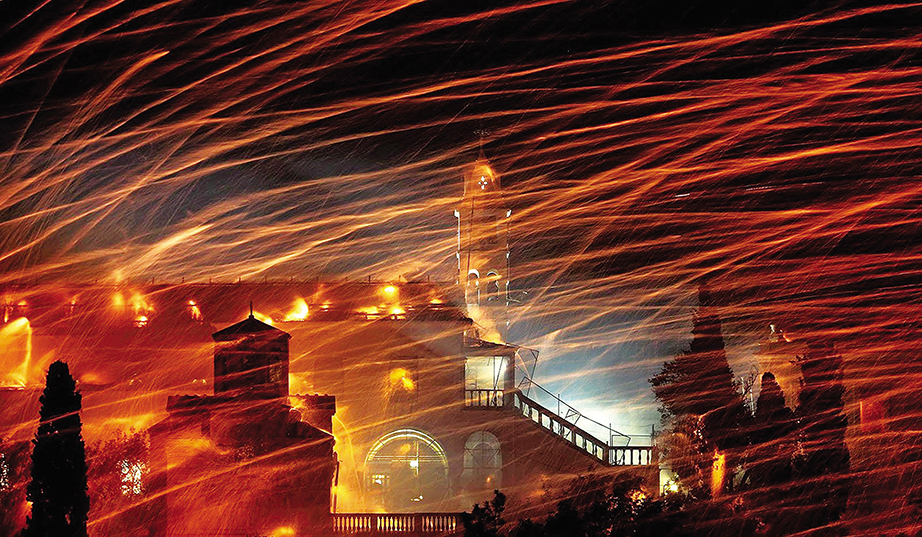 The Easter custom of throwing firecrackers and explosives or shooting guns at the time of Resurrection costs limbs and even deaths, every year in Greece.
The victims of this “undeclared war” of fireworks that takes place during the Holy Saturday Resurrection ceremony are usually young people who participate in the battle of who is going to shoot more fireworks. The fighting is in some cases  taking place between rival parishes or churches.
According to a survey by the Center for Research and Prevention of Injuries (KEPA) taking accounts of injury reports from regional health centers, about 110 youths suffer fireworks injuries each year, with 69 percent of them happening during Easter celebrations. Seven in 10 youths injured by fireworks are between the ages of 10 and 14, with 93 percent of them suffering self injuries. Firework explosion in their hands amounts to 79 percent of injured young people.
Sometimes injuries are fatal, such as in the case of the 7-year-old boy who got hit in the head by a firework during the Resurrection ceremony in Chalkida and died instantly. That was in 2011, the same year that two men of 30 and 39 years were killed in Rhodes when an explosive device blew up in their hands.
Some say that the fireworks and loud explosives depict the earthquake that followed the Resurrection of Jesus Christ. Others say that the loud noise and bright light of fireworks chase evil away. Others that it is simply a form of celebration.
In areas such as in Vrontados on the island of Chios where over 100,000 rockets are launched each year between two rival parishes, they say that the custom of fireworks comes from a time when Christians wanted to show the neighboring Turks that Greek Orthodoxy is alive and well. The custom in Vrontados is generations’ old and the Easter fireworks “war” there is the most loud and impressive, yet it results in several victims each year.