Rally in Rome to Express Support for Greece 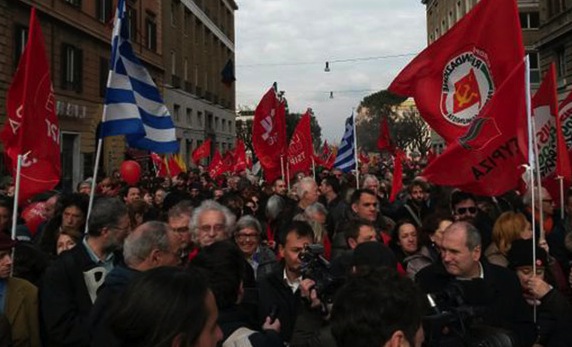 Thousands of Italians attended a rally on Saturday in the streets of Rome, to express their support for Greece in its debt negotiations with Eurozone partners.

The march started at Indipendenza Square at noon and ended at the Colosseum, with speeches by representatives of political groups that organized the rally.

The event was also attended by Italian General Confederation of Labour (CGIL) trade union members, as well as ecologist, leftist and communist organizations.