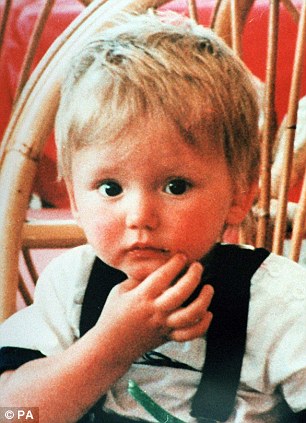 Ben was 21 months old when he went missing. He had been on vacation with his mother and grandparents. Since then, Kerry Needham has not stopped trying to find her beloved son.

Kerry Needham has been urging British detectives to visit a “strange little village” in Veria, northern Greece, where at least eight witnesses claim to have seen Ben. Even though Veria is hundreds of miles away from Kos, the missing child’s family wish for South Yorkshire police to investigate any leads.

“’I’m praying they will listen to me and follow up these sightings,” said Kerry Needham to The Mirror, regards the eight alleged sightings of her son which have taken place from mid to late 90s. According to unconnected witnesses, the boy was seen in a small village near area, and Needham suspects that he may be there still, with the same Greek family.

“It always comes back to this strange little village. I am sure the key to finding my son lies with this family. I believe 99% Ben was there 1994 to 1998,” she said.

South Yorkshire police received 700,000 GBP in order to fund the investigation and search for Ben. “He was a very young child when he went missing. His family has endured pain and anguish in the years that followed and have never given up in trying to find him. South Yorkshire Police has provided support to the Greek authorities wherever requested in assisting with the investigation. We hope that by continuing to work with them, we can assist in providing the answers Ben’s family so desperately want,” said South Yorkshire police Detective Superintendent Matt Fenwick.