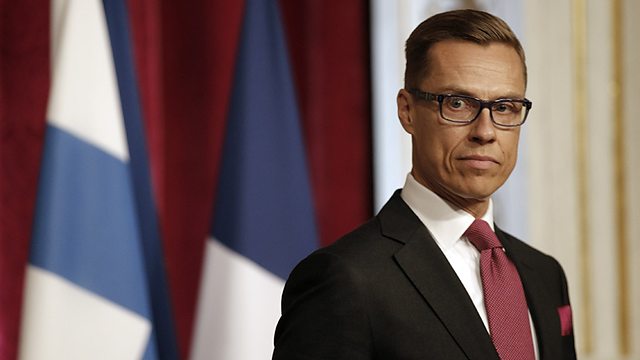 Finnish Prime Minister Alex Stubb has warned in an interview with the Financial Times today that his country is ready to give a “resounding no” to any move to forgive Greece’s debt, putting his country’s government on a collision with Greek main opposition SYRIZA that is currently enjoying a steady lead over ruling New Democracy in the opinion polls regarding the upcoming January 25 general elections and has announced a debt relief as its core commitment for the next day.

“We will remain tough. It is clear that we would say a resounding no to forgiving the loans. We naturally do not want to influence the Greek elections. But I think it is fair to Greeks and Finns to say out loud that some of the Greek parties’ statements, their presentations and ideas about the current programs are simply unacceptable for Finland,” Stubb said.

According to the Financial Times report, the plight of Greece has long acted as a political lightning rod in Finland, which emerged as arguably the most enthusiastic cheerleader for austerity during the Eurozone crisis. In 2011, Finland insisted that it receive collateral from Athens before giving its backing to one of the Greek bailouts. On the opposite, anti-austerity leftist SYRIZA leader Alexis Tsipras has repeatedly demanded softer bailout terms for Greece and a write-down of its debt burden, which currently stands at about 177% of the Greek GDP and is widely seen as unsustainable.

From his part, the Finnish Premier underlined that Finland had shown “far-reaching solidarity in a difficult situation,” while adding that his country is willing to “continue to show that solidarity. But no one should have any skewed kind of ideas that we could, for instance, forgive loans or stop the current programs. That is both economically and politically simply impossible for a country like Finland, which is itself struggling at the moment.”

Asked whether his stance is designed in favor of the Finnish electoral body since the country is also heading to elections in April, Stubb replied that “as Finland’s Prime Minister, I only have one thing in mind: The interests of Finland.” At the same time, Greece’s bailout program is due to run out at the end of next month, having already been extended once, while if SYRIZA manages to maintain its poll lead in the ballots, it might call for a further six-month extension. “We cannot, for political and economic reasons, exclude the possibility of continuing the program, if it is necessary in order to conclude it successfully,” Stubb commented on the matter, warning though, that “we will be tough if whichever new government emerges would request changes to the set conditions. We believe there is no going back on the loans or any of the other programs. We should keep crystal clear in mind that the loans have already been eased many different times.”

Finland, which is also facing its own economic crisis, urged that Greece should not give up: “The Greek elections will not change the economic reality. Greece has done a lot to save its economy and get growth going. But, just like with all of us, the process is only halfway there. Greece will have to continue economic reform to get growth going again,” he concluded.