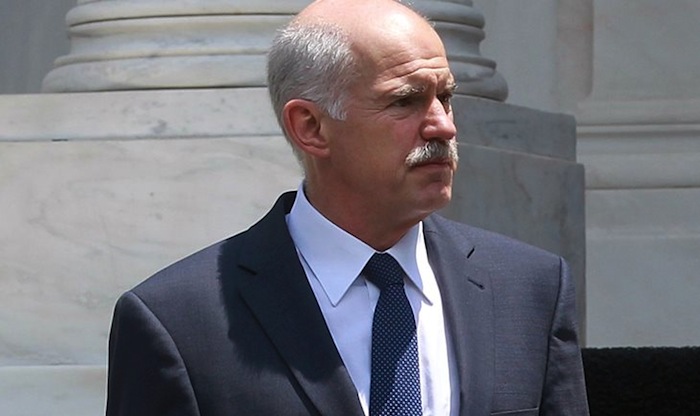 In a statement, George Papandreou called all citizens tomorrow, January 3, at the Benaki Museum, Athens, Greece , at 5:30 pm, to be present at his new political party’s founding declaration, which, according to Greek media, will be called “Democrat Socialists Movement” (“Kinima Dimokraton Sosialiston”). Papandreou submitted the party’s name and logos to the first instance court of Athens today, January 2.
Papandreou noted that “the time has come for the next big step of the country’s progressive powers” and added that “the time has come to build, everyone together, the new political home that will host our progressive ideas.” He stressed that “from tomorrow, we are taking part in the beginning of a Movement, which can and should respond to the big stakes that concern the country and the Greek people.”
The party will consist of new and unknown members and less known politicians in order to give the impression of a fresh start. Meanwhile, according to Greek media, the party has already completed 80% of its ballot.
Papandreou’s goal for his party is to win third place above PASOK, “To Potami” and Golden Dawn, so that they can regulate the Greek political developments. However, the new party was faced with a particularly bad welcoming from PASOK leader Evangelos Venizelos, as well as other parties that feel threatened.
Few analysts would have predicted a political comeback for Papandreou, given his abrupt departure.
Papandreou, 65, the son of a Greek political dynasty, left office in November 2011, after his controversial proposal for a referendum on the country’s European future was rubbished by fellow European leaders, including Germany’s Angela Merkel, who threatened to let Greece drop out of the Eurozone.
Since his resignation, the former Greek Prime Minister has spent much of his time lecturing on crisis management and austerity politics at US and Scandinavian universities, and addressing gatherings of fund managers and bankers.
In a recent letter to Venizelos, Papandreou noted that PASOK had lost touch with its popular base and was “going nowhere.”
In addition, according to the Financial Times, a recent poll showed that Papandreou’s party will gather around 4-5% in the upcoming elections. It is expected to attract several SYRIZA and PASOK voters, thus helping New Democracy take the lead.