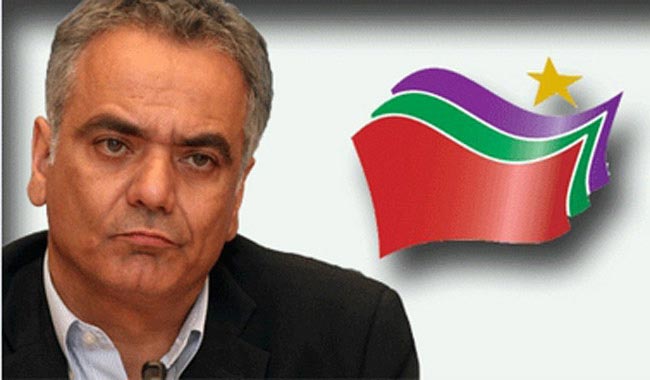 The New Democracy and SYRIZA political quarrel has grown particularly intense amid the most critical juncture in Greece’s economic recovery in recent memory, as discussions about the sustainability of the country’s debt are ongoing. Comments made by SYRIZA spokesman Panos Skourletis sparked the newest round in the inter-party fight.
Prime Minister Antonis Samaras allegedly became furious yesterday when he was informed that SYRIZA spokesman Panos Skourletis claimed that New Democracy has developed a mechanism of “bribing” members of parliament to buy off their votes in the upcoming presidential elections in March. Skourletis, who seemed to have the full political backup of Nikos Pappas, Director of the Political Bureau of Alexis Tsipras, referred to an article published by the Sunday edition of “Kontra News” on the creation of a so-called “piggy bank” by entrepreneurs to “redeem” members of parliament ahead of the upcoming elections.
The allegations caused the intervention of the Supreme Court Prosecutor, Efterpi Kotzamani, who requested an urgent preliminary investigation.
In response to the allegations, Samaras said “I call for Mr. Tsipras to instantly substantiate his allegations and claims with names and proof. If not then he is clearly a destabilizing factor and on the subversive side instigating political anomaly in these critical moments for our country.”
“We hope the belated investigation will shed light into this case. We want the prime minister to assist the judicial procedure so that this case is clarified,” SYRIZA responded in a statement