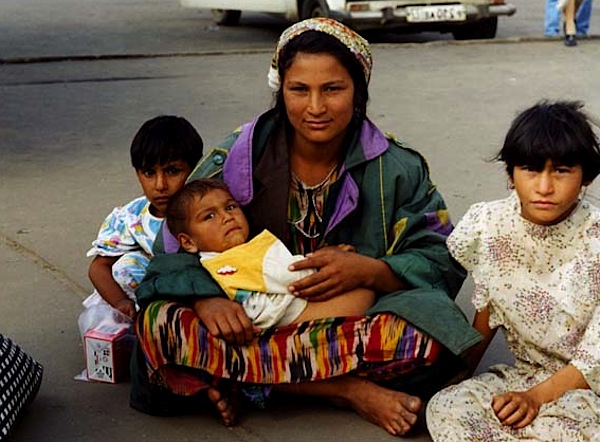 The issue of the Roma population in Greece remains controversial to date and the case of the little girl Maria who was found at a Roma camp living with a couple who has been charged for her abduction has restored a negative image for them.

Many Roma have been arrested for serious crimes in Greece including robberies, thefts and drug trafficking, but the largest portion of these ‘tortured’ people live very poorly and often segregated from society.
The Greek government has attempted in the past to improve their living conditions without much success and the harsh economic times the country is going through has made their lives worse. What the Roma lack, are incentives!
The last state-run initiative taken to improve their quality of life was in 2010 with the issuance of some bank capital that would help the Roma fight social alienation. However, the past few years have been a barrier to the overall effort.
Some 250,000 Roma live today in Greece, with half them being active members of Greek society. In fact, some of them have permanent job positions, but the majority do not attend preliminary schools.
The Roma in Greece live scattered on the whole territory of the country in some 70 settlements, mainly in the suburbs. Notable centres of Romani life in Greece are Agia Varvara, Athens, which has a very successful Romani community, and Ano Liosia, where conditions are bad.
A large population of Roma also leaves in Thessaly, the region that also includes the town of Farsala where the little girl Maria was recently found.
Some of the most common problems the Romani communities face in Greece include high instances of child labour and abuse, low school attendance, police discrimination, drug use, and drug trafficking.
The party Golden Dawn and other far-right wing extremists have targeted them during recent years.
The Roma are most commonly known as “gypsies” in many countries of the world. This rather derogatory term was first given to them by the Greeks, who supposed them to be Egyptian in origin. The term “Roma” is a word widely used by the Romani people. In their dialect it means “man” or “husband”. The history of Roma in Greece goes back to the 15th century when they made their first settlements.
The majority of the Greek Roma are Orthodox Christian and have assumed a Greek identity (language, names) while a small part of them, the Muslim Roma concentrated in Thrace.
On two occasions, the European Committee of Social Rights found Greece to violate the European Social Charter by its policy towards Roma in the field of housing and recently amnesty international released a statement fearing that discrimination against the Roma will escalate because of the case of little Maria, the blonde girl who was found living with a Roma couple that has been charged for her abduction.
Famous Greek Roma artists
Even if many Roma are being accused of illegal activities, like gun smuggling and drug trafficking and even more of them live in poverty, there are several examples of Romani individuales who have excelled or currently are excelling in Greek stardom. Here are some of the most prominent Roma artists:

Manolis Angelopoulos – (1939-1989) a Greek singing legend that had gained the love and respect of his colleagues. Born in Kavala to Roma parents, Aggelopoulos recorded his first song in 1957. Always proud of his origin, he gained popularity during the 1960s singing about love but also topics like Greek refugees and exotic places.

Kostas Hatzis, a famous guitar player and singer, who has been recognized as a major artist and innovative creator of “social” songs. He launched the “guitar-voice” pattern in Greece as well as ballads carrying social messages.

Vassilis Paiteris, a musician and singer from Drapetsona who was also elected to the Greek parliament. Born in 1950, Paiteris began his professional singing career at the early age of 13.

Helen (Lavida) Vitali is considered one of the most important female voices of the past 20 years in Greece. She was born in Athens, within a musically inclined family, and grew up wandering around with her parents.

Irene Merkouri, a pop singer, whose mother is of Roma origin. Born in Athens in 1981, Merkouri has been pursuing a professional music career since 2002.

Side effects of the coronavirus vaccine are cropping up, especially in women, and this is especially pronounced after the second dose.
Greece