One in Three Greeks Believe in 'Chemtrails' 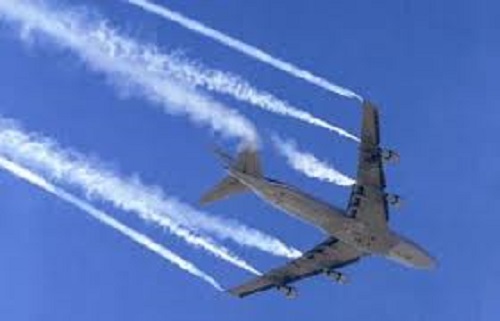 According to the Metron Analysis survey published on the Sunday Edition of the newspaper Ethnos, one in three Greeks believes that they are being sprayed on by chemical or biological agents from a high altitude.
The poll showed that 33,3% of the respondents believes in “chemtrails” while the 58,4% disagrees and the 9% doesn’t know or answer. Furthermore, according to the same poll, 6.1 percent of those who believe in chemtrails support the right-wing party led by Panos Kammenos. In contrast, 19.2% vote SYRIZA, 15.3% Golden Dawn and 10.6 % New Democracy.
The poll also revealed that women of ages 18-24,  are most worried most about the chemtrails.
Questions about the trails left in the sky have persisted since the 1990s, mainly in the USA. In Greece there is an organization supporting the belief that chemtrail, is genocide and a crime against humanity. On Mai 2012, the Hellenic Air Force declared that the theory of chemtrails is not true.