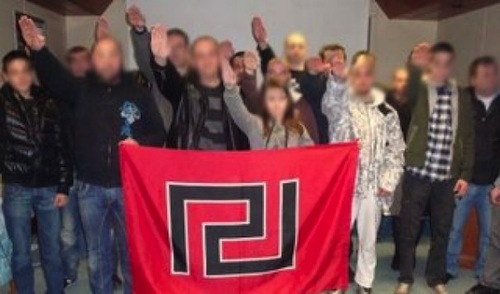 The Deputy Prosecutor of the Supreme Court Charalambos Vourliotis is head of the investigation against Golden Dawn and in his nine-page report states that the criminal organization was formed in 1987.
According to Vourliotis the gang had infiltrated the ranks of the police and was involved in murders, attempted murders, arson and setting up extortion rings.
Vourliotis revealed details on the “Centaur” program, Golden Dawn’s “youth corps” that is headed by a 17-year-old supporter. Golden Dawn is known to recruit children as young as 14 years old and in order to form hit squads.
“In Golden Dawn we have a full military structure with at least 3,000 people ready for everything.
We have about 50 phalanxes for street fights and about as many six-man commando strike forces for organized attacks, under the guidance of three organization members,” said the man who revealed the far-right party’s secrets.
Their instructors are military officers from the Special Forces who support their structures. Golden Dawn has infiltrated the police and while the party appeared to “defend” Greeks from immigrants, some Albanians had prominent positions within the party.
Golden Dawn was involved in a variety of criminal activities, from murder and the extortion of migrant street vendors  and shop owners, to smuggling and money laundering.
In many cases Golden Dawn was directly or indirectly assisted by police officers in their criminal activities, indicating a high degree of infiltration.