More
GreekReporter.com Greece Campaign for Enrichment of the Greek-Language Wikipedia

Campaign for Enrichment of the Greek-Language Wikipedia 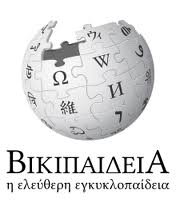 Wikipedia reflects to a great extent the entire digital presence of a society. That is very important in the 21st century, as the presence of a country in cyberspace is a basic indicator of its power.
For Greece, there is no correspondence between its digital presence and the cultural riches one can find in its literature, history, geography, archaeology, music etc. That means that the more riches we are able to upload on the Internet and the more these riches and knowledge become articles and files on Wikipedia, the greater the importance of Greek-Language Wikipedia on the global digital map.
A new campaign is being launched for the enrichment of the Greek-Language Wikipedia so that users can understand what this on-line encyclopaedia could offer to them.
The initiators of the campaign ask internet users to answer the following question, on sites such as mywikipedia.gr, Facebook and Twitter: : ‘What is Wikipedia for you?’.
The main purpose of this campaign is to motivate Greek people to contribute to the establishment of a Greek-language digital encyclopaedia.
An upcoming event will be held at Technopolis in the Gazi district of Athens in February, in order to discuss the Greek-Language Wikipedia and the users’ attitudes.