Korea: Greek civilization at a glance 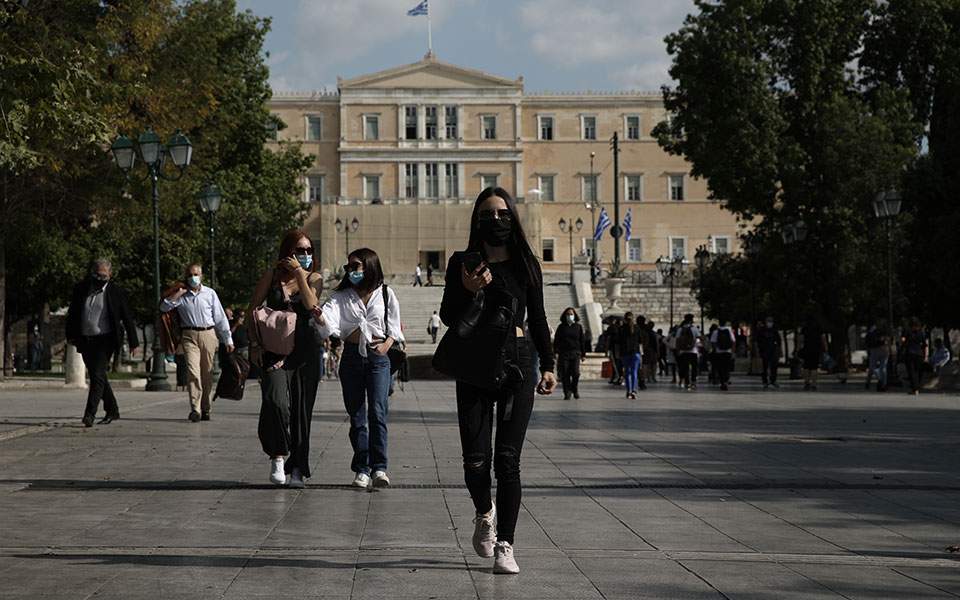 The National Museum of Korea is holding a Greek civilization exhibition highlighting the humanist thoughts of ancient Greece through the images of the human beings that appeared in ancient Greek art.
Titled “Gods, Heroes, Mortals: art and life in ancient Greece,” the exhibition displays 136 pieces of the collection on loan from the British Museum. It consists of four parts ― “Gods, Heroes and Outsiders,” “The Divine,” “Heracles: Superman” and “Outsiders.”
In Greek myth, gods are portrayed as the entities in human form and with human emotions. Images of Zeus, Hera and the other gods of Mount Olympus, immortal beings with superhuman powers, provide a glimpse of how the Greeks perceived deities.
The first part “Gods, Heroes and Outsiders” deals with myth of Heracles, born human but overcoming suffering and adversity to become a god himself. It shows the values of the ancient Greeks, with their emphasis on physical training and athletic activity.
Unlike the gods of Olympus, Greek mythology also includes a number of savage and supernatural beings that stand in contrast with Greece’s civilized society and demonstrate the ancient world view as understood by the Greeks. Representative relics include statues of Zeus, Dionysus, Heracles and the Sphinx, as well as pottery depicting the Twelve Labors of Heracles.

The second part, “The Human Form,” highlights the appearance of the Greeks and their physical ideals. This part is subdivided into three areas: “The Male Body Beautiful,” “Aphrodite and the Female Body,” and “The Face.” In Greek art, men generally appeared nude, while women were clothed. It means that the healthy male body demonstrated the virtues of youth and at the same time reflected the active lives of men and cloistered lives of women.

Until the 6th century B.C., Greek art depicted the human body in an abstract and simple way, but beginning in the 5th century B.C. it showed it in more natural postures. The human images in Greek sculpture and pottery allow the viewer to appreciate Greek art’s emphasis on balance, rhythm and proportion. This period also saw the development of portrait sculpture that gave shape to the characteristics of individuals. Representative works include statues of “kouros,” or male youth, and a victorious athlete, as well as the figurine of a woman unearthed in the Cyclades, a statue of Aphrodite and the sculpted head of Chrysippos.
The third part, “Olympia and Athletics,” examines the sanctuary of ancient Olympia, home of the Olympic Games, and presents images of the athletic competitions and athletes of the day. A 1:200 scale model provides viewers with a three-dimensional view of Olympia, site of the Olympic festival, around 100 B.C.

The various athletic competitions of ancient Greece were part of battle training and a social duty to practice physical discipline. The various competition scenes depicted in sculpture and on pottery reflect the thought prevalent in ancient Greece, which sought a healthy mind through a healthy body. The exhibit includes the discus-thrower, the model of Olympia, and an amphora honoring victory in the Panathenaic Games.

The fourth part, “Daily Life,” explores the journey of life for ancient Greeks, from birth through adulthood and marriage, as well as war and death. This part is comprised of three areas ― “Birth, Marriage and Death,” “Sex and Desire,” and “Character and Realism.” As Greek children developed, they gradually became members of the family and the community. Women married and took care of the household, while men developed into citizen-soldiers and headed into the battlefield. This life cycle of the Greeks is clearly depicted through the images on pottery, ornaments, armor, helmets and gravestones. Whereas early Greek art generalized the human form and chiefly depicted ruling class values, later art included depictions of people with a diverse range of appearances. This stemmed from interchange with various other peoples as a result of Alexander the Great’s territorial expansion and conquest, and it meant that the Greek world had grown from a city-state, or “polis,” into an empire.

Greece will honor Haiti for being the first nation in the world to recognize Greek independence from the Ottoman Empire in 1821.
Greece

The Greek War of Independence had many heroes. The first names that come to mind are: Kolokotronis, Karaiskakis, Papaflessas, Bouboulina, Diakos, Kanaris
Charity