Despite being persecuted and discriminated against for decades, Greeks in South Africa managed to rise socially and prosper with several of them becoming quite successful and wealthy. Today, they remain one of the most important beacons of Hellenism among the diaspora.

A new book by Greek scholar Antonis Chaldeos, entitled The Greek Community in South Africa, sheds light on the fascinating and turbulent history of the Greeks who first arrived and settled in Cape Town in the 1860s. 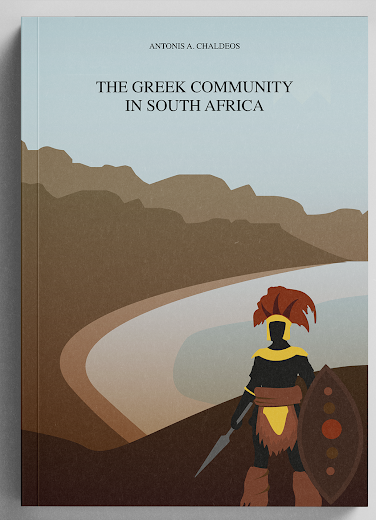 Chaldeos, who holds a PhD in History from the University of Johannesburg, is among the few Greek scholars conducting research and writing about the history of Greeks on the whole of the African continent. His impressive list of books include the history of the Greeks in Sudan, Tunisia, Mozambique, Burundi, Morocco, Ethiopia, and Egypt.

“Conducting research in Africa is difficult,” he tells Greek Reporter. “Access to registries and historical data is problematic, and of course, it’s very costly to travel for research. Also, Greek communities on the continent are widely spread in many African nations.”

In South Africa, he says, the first Greek migrants were seamen who arrived to the port of Cape Town around 1860 while thirty years later, migration became more massive with most coming from Ithaca and Cephalonia and, to a lesser extent, from Aegean islands, such as Lemnos, Lesvos, and Samos.

At the end of the 19th century, the Greek community numbered 200 to 300 people. Those living in the Cape Town area were traders while those living in the north of present-day South Africa in the then independent Transvaal Republic were miners.

“Miners had a very tough life. Many died of lung diseases,” Chaldeos explains.

In 1899, the second war between the Boers (Europeans of Dutch and French descent) and the British broke out. Greeks actually fought on both sides. There was a Greek legion of thirty to forty people which fought on the side of the British. The majority of Greeks, however, sided with the Boers, who fought to defend their territory from British colonists.

The first organized community of Greeks was called the Greek Community of Cape Town, which pre-existed as a Mutual Aid Association (1898) and was established as a community in 1902.

It was followed by similar groups in the communities of Pretoria, Johannesburg (1908), and Durban (1918). Gradually, and until the 1950s and 1960s, more and more Greek communities were established in more than twenty cities with the Greek presence constantly growing.

“Greeks faced racism on an unprecedented scale in the period between 1915 to 1917,” Chaldeos tells Greek Reporter. He refers to the violent riots that broke out against Greek shops and businesses during this period.

“The riots were instigated by both the British and the Boers,” he explains. “This was because Greece remained neutral during the beginning of the First World War. They considered anyone who was not allied to their war effort to be their enemy.”

The violence was engineered “despite the fact that many Greek immigrants voluntarily left South Africa to join the forces of the Allied Powers,” Chaldeos notes.

Greeks—together with the Italians and the Spanish—were considered second class citizens for decades, the Greek scholar says.

To counter discrimination, they tried to assimilate into the local culture and political and social life. “But, they paid a price in their efforts to assimilate. Among the younger generations, many do not speak Greek,” he explains.

Chaldeos says that an important achievement of the Greeks was the establishment of the SAHETI private school, a beacon of Greek-language education in South Africa. It was founded in 1974—decades after the arrival of the first Greek migrants—thanks to donations of Greeks from all over South Africa.

Until the 1930s, Greeks were mostly in the business of owning and operating tea rooms, i.e. places that served coffee, tea, and food. In the beginning, they had canteens that were opened in the cities and mainly in Johannesburg, the city with the largest population. Later, they established tea rooms that grew over the years.

In the 1940s and 1950s, the small tea rooms and shops owned by Greeks developed into supermarkets with branches all across the country. Greeks were also pioneers in the production and standardization of tobacco products in South Africa, but they also established beverage and water bottling factories, ore processing factories, and shipping companies among other types of major businesses.

The greatest migration flow took place after 1950 and mainly after 1960. After the end of the World War II in Greece, several thousand Greeks went to South Africa, which at that time was looking for Europeans. At that time, Greeks from African countries gaining their independence, such as Egypt, Sudan, and the Congo, migrated to South Africa.

Around 1970, the Greek community numbered 120,000 people but began declining after 1976 when native Africans began their attempt to regain political control over their country, which had long been ruled by whites.

Chaldeos says that the Greek people as a rule tried to stay away from politics; however, as he notes, one Greek man in particular became world-famous on the side of Nelson Mandela: George Bizos, who was Mandela’s lawyer and one of the three writers of South Africa’s Constitution.

His name is linked to the struggle against racism, xenophobia, and apartheid and the values of solidarity, human rights, and democracy.

Another Greek who became famous, perhaps for the wrong reasons, was Dimitri Tsafendas, who murdered one of staunchest defenders of apartheid, South African Prime Minister Hendrik Verwoerd on September 6, 1966.

“Despite all the difficulties, Greeks in South Africa persevered and adapted to the new land,” Chaldeos notes. “Several of them are among the richest in South Africa with great fortunes in the field of either real estate—mostly with department stores—or as owners of chains of hundreds of restaurants.”

You can browse through Chaldeos’ books at his blog Greeks of Africa here.