A 2.9-magnitude earthquake jolted Athens at 3:53 PM local time on Monday. The quake was felt throughout the region of Attica.

According to the National Observatory of Athens, the epicenter was around 10 km (6 miles) northeast of the Greek capital at a focal depth of 5 km into the earth.

There are no reports of damage so far. 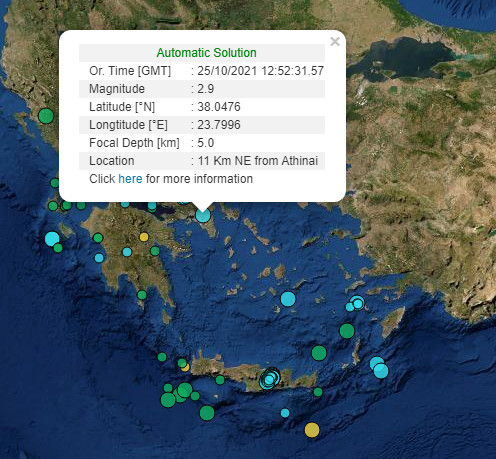 A powerful earthquake measuring 6.3 struck the seabed south of Crete earlier in October.

The quake had a focal depth of 8.2 km (5.09 miles), and its epicenter was southeast of the city of Ierapetra.

In October 2020, an earthquake that struck the eastern Greek Aegean island of Samos and the nearby Turkish coast killed two people on Samos and at least 75 people in Turkey.