A very tall flag-bearing man marching in the center of Athens streets was none other than Giannis Antetokounmpo, as he walked with young athletes on March 25, 2013.

Antetokounmpo, the son of immigrants from Nigeria who was born in Athens, Greece on December 6, 1994, is seen leading the parade of the youth squad of the Filathlitikos athletic club in the Greek capital’s Zografou neighborhood. 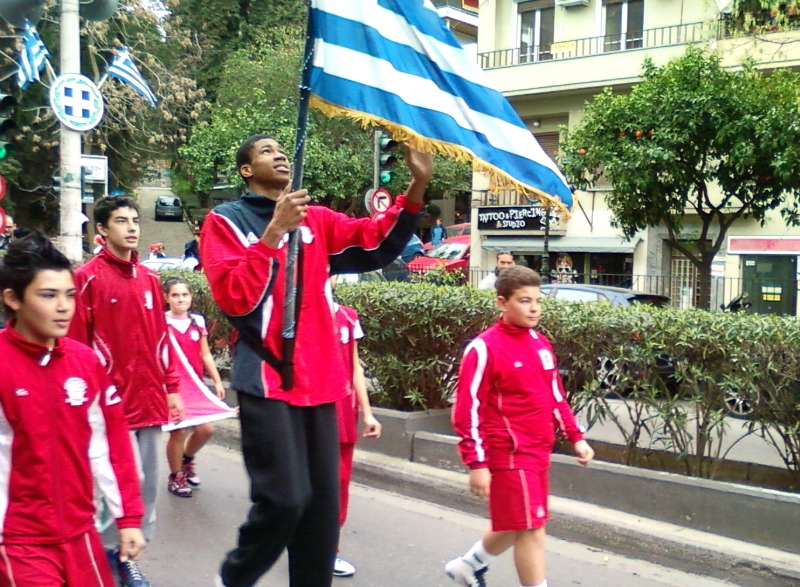 He then began his professional level career with Filathlitikos, in Greece’s second-tier level basketball league, the Greek A2 League, during the 2012–13 season.

Antetokounmpo’s nationality, in addition to his combination of size, speed and ball-handling skills earned him the nickname “Greek Freak”.

In 2016–17 he led the Bucks in all five major statistical categories and became the first player in NBA history to finish a regular season in the top 20 in all five statistics of total points, rebounds, assists, steals, and blocks.

He received the Most Improved Player award in 2017.

Antetokounmpo has received five All-Star selections, including being selected as an All-Star captain in 2019 and 2020, as he led the Eastern Conference in voting in these two years.

Earlier in March he was named MVP of 2021 NBA All-Star Game.

Team LeBron scored a 170-150 win over Team Durant in a game that was rather short on drama.

The Greek Freak, who finished with 35 points and seven rebounds on a perfect 16-of-16 from the field, received the Kobe Bryant All-Star Game MVP.

Giannis’ shooting performance was an All-Star record for the most shots attempted without a miss. In fact, he doubled the previous mark set by Hal Greer, who shot 8-of-8 from the field back in 1968.