GRNews
GreekReporter.comEuropeWomen in Politics: Greece Next to Last in Europe

Women in Politics: Greece Next to Last in Europe

Greece is next to last among all European nations in terms of women in politics, according to research prepared by Eurostat, the EU’s statistical agency.

Eurostat released its finding on the eve of International Women’s Day, which is celebrated on 8 March around the world.

Greece is just above tiny Malta in the table of the share of female members of government (senior and junior ministers) in the EU.

Only 11% of government seats are occupied by women in Greece, compared to Malta’s 8%.

Estonia, Romania, Hungary and Poland follow Greece in terms of the smallest representation of women in government.

The highest representation is claimed by Finland, where 55% of government seats are occupied by women. Finland was followed by Austria (53%), Sweden (52%), France (51%) and Belgium (50%).

The European average is 33%.

According to Eurostat, over the past years, the share of female members of government (senior and junior ministers) in the EU increased from 20% in 2004 to 33% in 2020. 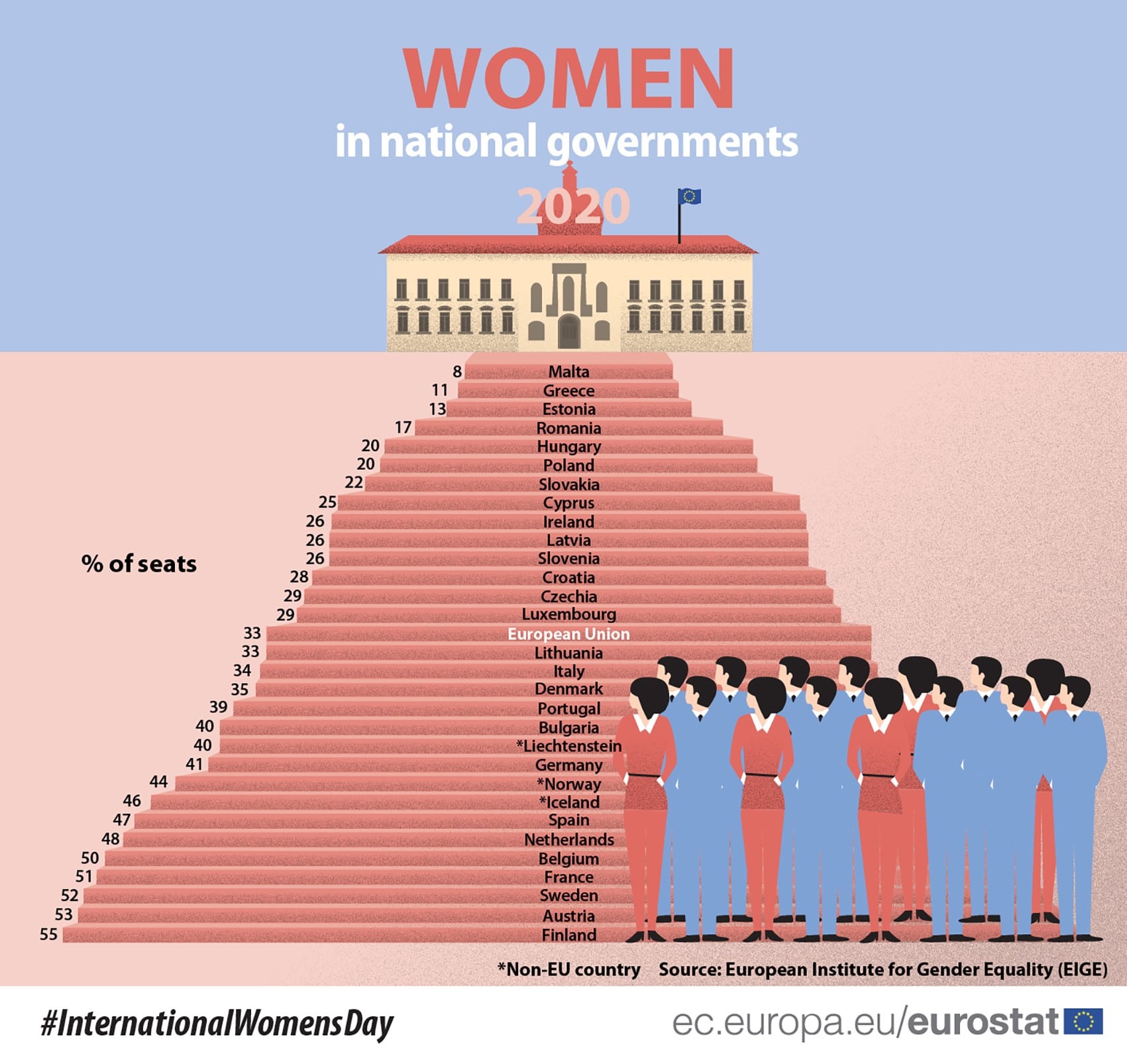 According to the statistics, 22% of the 300-seats in the assembly are occupied by women representatives. This makes Greece seventh from bottom in the European league.

Tiny Lichtenstein is bottom, followed by Hungary, Malta and Romania.

Nordic nations Sweden and Finland are leading EU countries with the highest proportion of women in parliament.

In 2020, the highest share of female members in national parliaments was recorded in Sweden, where women accounted for almost a half of parliamentarians (close to 50%), ahead of Finland (46%), Belgium (43%) and Spain (both 42%).

Eurostat says while the share of seats held by women in national parliaments varies considerably between EU countries, no EU country had more women than men holding seats in parliament. 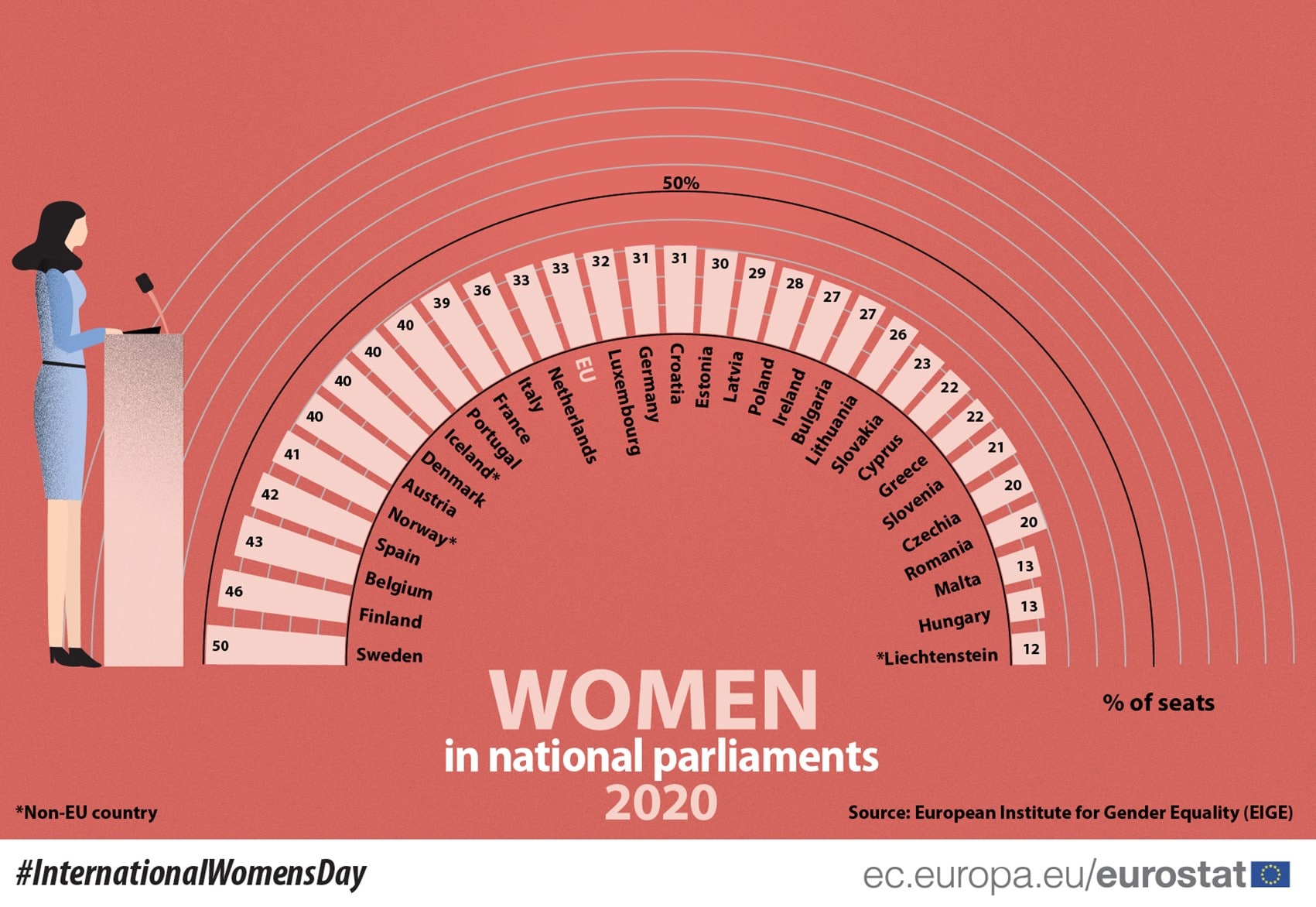 Eurostat’s findings come as Greece is reeling from the #metoo movement and the shocking revelations of abuse against women in sport and arts.

In January, Greek Olympian Sophia Bekatorou revealed she was sexually abused when younger by an official of Hellenic Sailing Federation.

After an uproar was generated in social media and Greek society in general, other athletes also stepped forward to tell their stories of sexual harassment.

“It is time to build a value system in which women will not be treated as potential prey, their weakness will not be seen as consent and their silence will not be criticized as quasi-complicity,” Sakellaropoulou stressed.