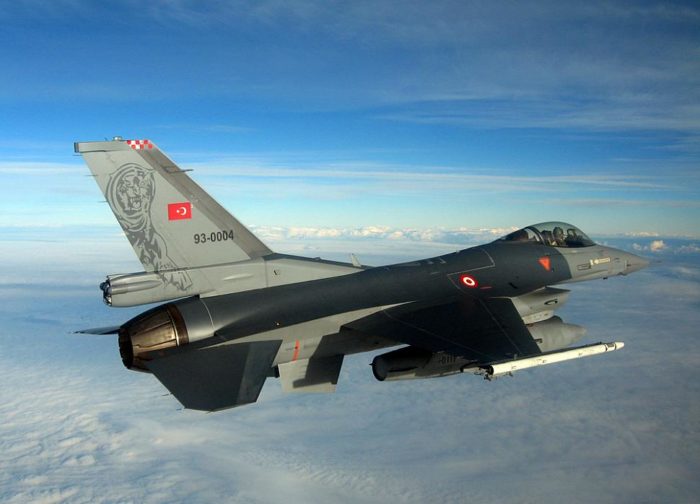 The repeated Turkish provocations Greece has had to face recently seem to have no end, since on Wednesday afternoon, two Turkish F-16 fighter jets violated Greek airspace in northern Evros.
It is believed that this is the first time Turkish fighter jets have ever violated Greek airspace in Evros. The majority of these violations have taken place over the Aegean Sea for decades, but none have occurred above the land border between Greece and Turkey.
According to the Greek National Defense General Staff, two Turkish F-16 fighter jets entered the Flight Information Region of Athens on Wednesday afternoon and flew above Greek territory in Northern Evros, where the recent border crisis between Greece and Turkey is still playing out.
At several points, the Turkish jets flew at an extremely low height of only 500 feet, in a clear attempt to provoke the Greek side.
Just thirty minutes later, at 15:27 EET, two other Turkish F-16 jets violated Greek airspace yet again, flying above the Greek islets of Kalogeri, northeast of the Cycladic island of Andros.
These jets flew much higher, at an altitude of 26,000 feet.
These incidents come only a few hours after a dangerous incident which took place in the Mediterranean off the island of Kos, in which a Greek Coast Guard vessel was rammed by a Turkish speedboat.
The Turkish ambassador to Greece had already been summoned on Wednesday by the Greek government as a result of that and other recent provocative incidents on the part of Turkey.