TechNews
GreekReporter.com Greece Epiphany: One of Christianity's Most Important Feasts

Epiphany: One of Christianity's Most Important Feasts 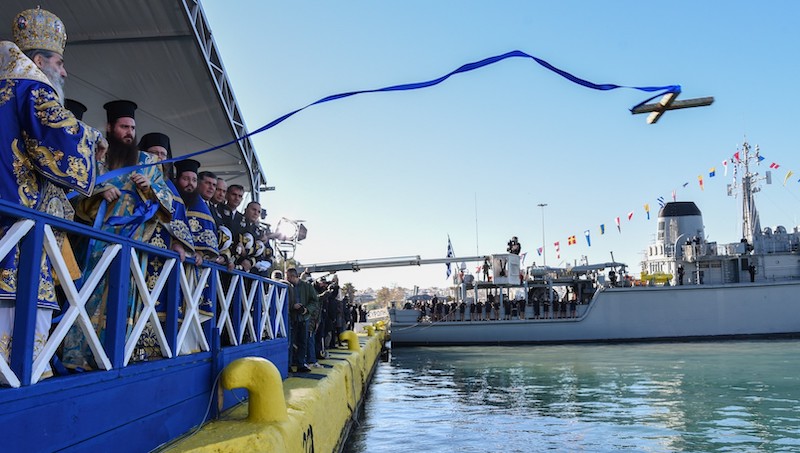 Traditionally, the great feast of the Epiphany marks the end of the extended period of Christmas holidays in Greece.
Each year on January 6, hundreds of thousands of Greeks and visitors participate in the rich traditions that are observed in each and every city and town in the country, making it one of the most special holidays of the year.

Epiphany is one of the most important Christian feasts of the entire year because it is the commemoration of the revelation of God as Jesus Christ.
Epiphany is also known as Theophany, and both of these terms derive from the Greek words for “revelation” and the “revelation of God,” or ”Επιφάνεια” (epipháneia) and ”Θεοφάνεια” (Theopháneia).
This unique feast is celebrated by both the Eastern and Western Church, and millions of people around the world participate in liturgies, Masses and many other traditional events which take place on this day.
One exception to this rule, however, is the churches which continue to follow the Julian calendar. Most of these Eastern Orthodox Christians celebrate the Feast of Epiphany on January 19th, rather than the sixth, as does the rest of Christianity.
In the Orthodox Christian tradition, to which the Greek Orthodox Church also belongs, the feast of Epiphany is associated with the baptism of Jesus Christ in the Jordan River.
According to archaeologists, Christians began celebrating Epiphany from as early as 200 AD in the Greek-speaking eastern parts of the Roman Empire, and these celebrations began as a commemoration of Jesus’ baptism in the Jordan River.
However, Western European Christians somehow increasingly began to associate Epiphany with the visit of the Magi to the newborn Jesus Christ.
For this reason, many parts of the West call Epiphany ”The Small Christmas” up to this day.
However, both Churches commemorate the groundbreaking revelation of God to the world, either via the three Magi or Jesus’ baptism by John the Baptist.

In Greece, Cyprus and the Greek diaspora throughout the world, the feast of Epiphany is known by its English alternative term, Theophany. Many people most commonly also refer to it as ”Phόta,” which is Greek for “Lights.”
Greeks call this celebration Phόta because according to their belief, this is the day that God enlightened the world with His wisdom.
Epiphany customs in Greece and Cyprus revolve around the Great Blessing of the Waters.
During these ceremonies, which are held on beaches, lakes and rivers, a cross is thrown into the water by a Greek Orthodox priest, and then boys and men compete to retrieve it so that they may have good luck throughout the year.
In the past, it was very common in Greece to hear children singing Epiphany carols the day before the Feast, a tradition similar to the singing of the Kalanta, or Christmas and New Year Day’s carols.
However, this particular tradition is now almost extinct, with a few exceptions in localities across Greece and Cyprus.
Of course, apart from the traditional blessing of the waters, many places in Greece, from small villages to large cities, observe their own, unique traditions, which are deeply rooted in ancient Greek or Byzantine practices.
You can read more about the best-known traditions of Epiphany below in Greek Reporter’s story about the history of this great feast, Greek Epiphany Celebrations Through the Centuries.