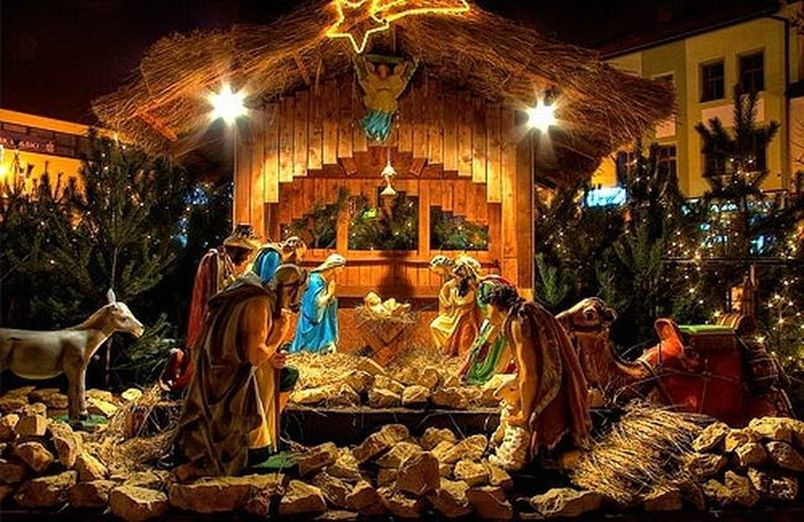 Christmas holiday customs have become globalized in the past few decades, with Santa Claus or the Christmas tree appearing in unusual places, and even in countries which are not Christian.
The Christmas tree, the lights, the manger, the wrapped presents under the tree, the stockings next to the fireplace, the Christmas-themed movies on TV have become Greek customs as well, just as they appear in the United States, Europe and other countries across the globe.
Yet Greece has some Christmas traditions which are uniquely Greek, and most of them come from the rich folklore of the countryside. 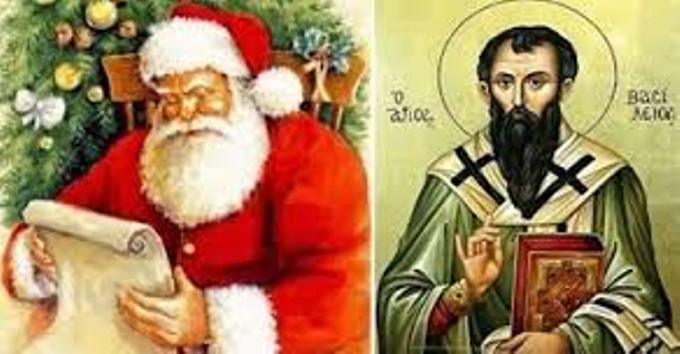 Santa Claus or Agios Vasilis?
The biggest difference between Christmas in Greece and in other Western countries is the day the man who brings presents to children arrives at your house. And the name, of course.
In Greece, Santa Claus is not Saint Nicholas, but Saint Basil, (Agios Vasilis) and he does not visit Greek homes on Christmas Day but a week later. He actually shows up on New Year’s night along with the new year.
This is the day that Greeks actually exchange gifts, which sit tidily wrapped under the Christmas tree throughout the holiday season. Needless to say, there is a great deal of speculation of the contents of those boxes all those days, but anticipation makes the gifts all the more pleasurable.
The name day of Agios Vasilis is January 1st, the day Greeks cut the Vasilopita, the delicious poundcake the Greeks share on the first day of the year. Inside there is a hidden coin which usually represents a larger, more valuable gift. In the not-so-distant past the coin was gold and of great value, but the tradition has changed somewhat over the years.
According to tradition, during the lifetime of Agios Vassilios the emperor had imposed a large tax while there also was a great famine. People gave away their jewelry to pay the tax, and the saint called the emperor to repeal the tax.
The emperor finally did give back all the jewelry to the people. But since no one knew what belonged to whom, Saint Basil decided to put the jewelry into bread and cut pieces for his flock. Miraculously everyone received their jewelry in the pieces of bread they were given by the saint.

Kallikantzaroi
The Kallikantzaroi are goblin-like creatures which appear during Christmas to do harm to good people. They are evil spirits, and according to the Greek version of a universal myth, our world is connected to the underworld through a tree.
The evil spirits, or Kallikantzaroi, spend their entire year beneath that tree, sawing their way into the outer world. They manage to succeed, and escape during the Twelve Days Christmas, a period stretching from December 25 to January 6.
The Kallikantzaroi come out to the world during this period because Christ has not yet been  baptized and cannot protect humanity from evil. The households lie unprotected during that period; but since the kallikantzaroi are afraid of fire, people keep them away by burning logs, incense, and even old shoes. 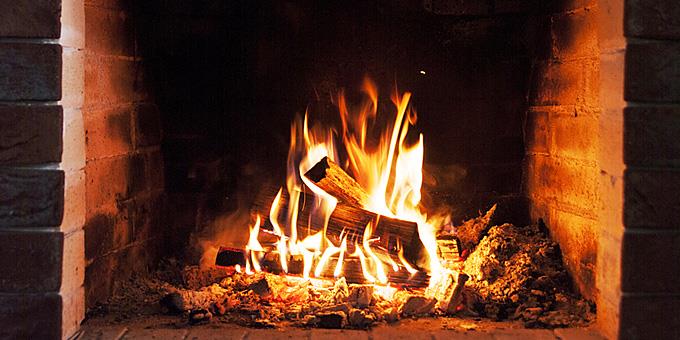 Keeping the Fire Burning
Since Christmas is during wintertime in the Western world, the families spend the season gathered around the fireplace, and fire is very important. If the fireplace is constantly lit during the 12 days of Christmas, the kallikantzaroi cannot come into the house and cause harm. This tradition is called burning the Christokoutsouro (Christ’s log).
But burning wood has another purpose, as there is a Greek tradition called “Marrying the Fire”. This requires two branches, one from a tree with a feminine name and one from a tree with a masculine name.
Both branches are placed in the form of a cross and sometimes the man of the house pronounces a marriage vow before lighting the fire. This is another fire that, as long as it’s kept burning, will keep the evil goblins away. 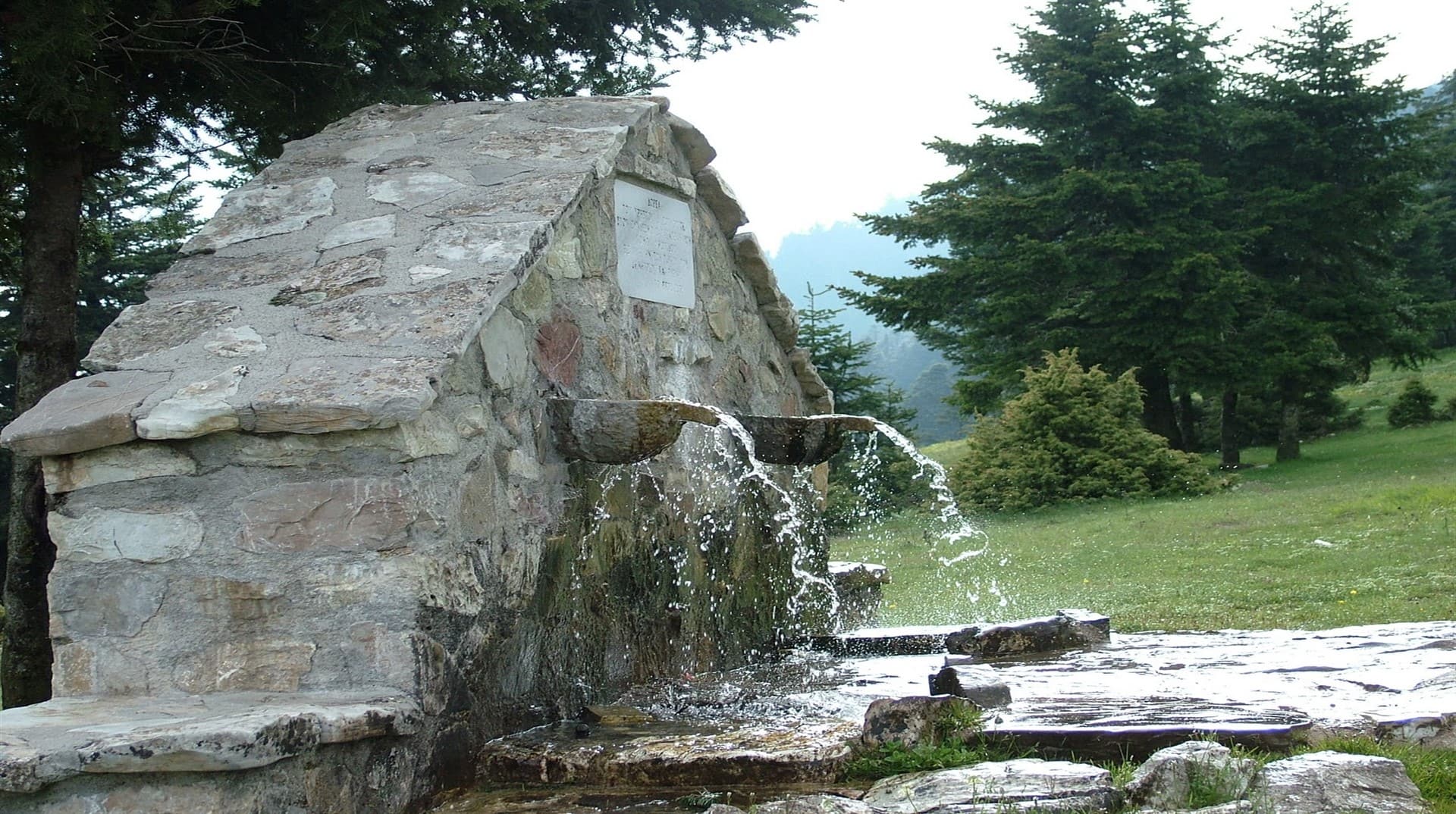 Feeding the Fountain
Water is another element important in Christmastime traditions in Greece. “Feeding the Fountain” is a tradition found in different areas of mainland Greece. It originates from times when one village fountain, shared by all, was the only source of water for the people of the entire village.
It is an ancient tradition, doubtless from pre-Christian times.
During the Twelve days of Christmas, the young women of the village carry empty pitchers to nearby fountains and fill them with water. However, they must walk towards the fountain in complete silence.
The women approach the fountain carrying with them butter, cereals, or honey to please the fountain with the offerings. The first woman who gets to the fountain is blessed with good luck for the rest of the year. 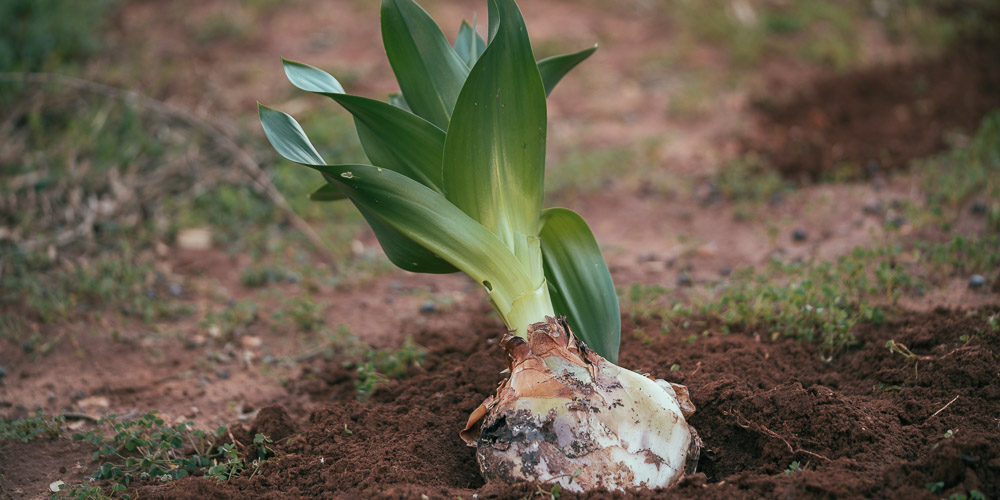 Skeletoura
The squill (skeletoura in Greek) is a rather common wild bulb, very similar to an onion, which is quite difficult to dig up from the ground. Since the skeletoura continues to flourish after it’s been dug up, it is seen as a symbol of eternity. Its presence as part of the New Year customs is unique to Greece.
Greek families hang a skeletoura at the front door or place a pot with the bulb in it next to the door on New Year’s Eve and then bring it inside the house to be kept for the rest of the year. It believed that it brings longevity, health and good luck to every person in the house.