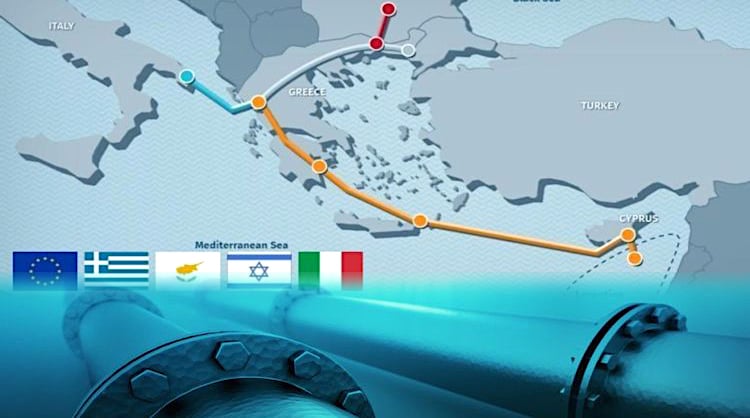 It was announced on Sunday that Athens will host the signing ceremony for the groundbreaking agreement for the construction of the ”EastMed Pipeline,” which will eventually transport natural gas from Israel, Cyprus and Greece to Italy and on to the rest of the EU.
Cypriot President Nikos Anastasiades, Israeli Prime Minister Benjamin Netanyahu and Greek Prime Minister Kyriakos Mitsotakis will sign the agreement for the mega-project, which is expected to cost between 6 and 7 billion euros.
The nation of Italy is expected to sign the agreement at a later stage since it will take a significant amount of time just to finalize the portion of the project which will connect Israel, Cyprus and Greece.
Athens sincerely hopes that it will derive concrete benefits from the construction of the pipeline, and there are plenty of good reasons to believe that this will come to pass.
A cooperative agreement was signed last year by the then-Greek Prime Minister Alexis Tsipras and his Cypriot and Israeli counterparts, but now the project is set to finally enter the phase of implementation.
Talks between the three nations on the issue began in 2015 and have progressed so well that a solid alliance between them has now formed, known as ”The Tripartite of Cyprus, Israel and Greece.” 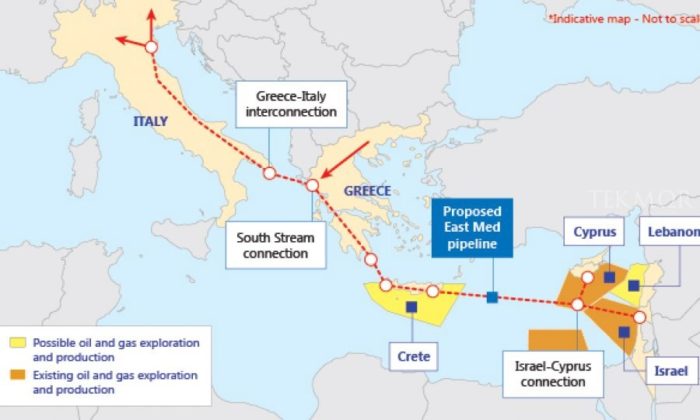 The three Mediterranean countries aim to intensify their cooperation on every level, and even make this collaboration permanent at some point in the near future with the establishment of a joint secretariat based in Cyprus.
The East Med pipeline is actively supported both by the European Union and the United States, who believe that it can play an important role in Europe’s efforts to diversify its energy sources since it currently depends overwhelmingly on Russian resources.
However, the issue of exactly how to transport natural gas from the drilling areas to Western Europe still remains in question. The plans for the East Med Pipeline project currently under discussion call for the construction of a 1,900-km (1181-mile) pipeline under the eastern Mediterranean.
The pipeline will begin in the natural gas fields off the coast of Israel, and will lead through the islands of Cyprus and Crete to the Peloponnesian Peninsula in Greece.
The route will then continue onto mainland Greece, where the pipeline will meet the planned “Poseidon” pipeline which will end in Otranto, Italy. The natural gas could then continue northward to central and western Europe, most probably by using already- existing pipelines.
A full 1,300 km (808 miles) of the 1,900 km of the pipeline will run underwater. All parties involved in the project understand that this presents a great technical challenge, since the Mediterranean in those areas can reach depths of up to 3,000 meters (9,843 feet, or almost two miles).
However, preliminary studies have shown that the project is both technically possible and financially viable since it could be a main energy artery for the entire European Union in the future.
Speaking on the developments on Sunday evening, Greek Foreign Minister Nikos Dendias stated ”What we do is not a reaction to anyone. It is an effort to improve the quality of life of the citizens of our countries, to improve our economies, to provide solutions. The EastMed pipeline is a great energy boost to the European Union’s energy balance as well.”
However, Turkey has repeatedly said that no agreement in the region can be implemented unless Ankara also participates in it, showing complete disdain for international law and the region’s maritime boundaries.