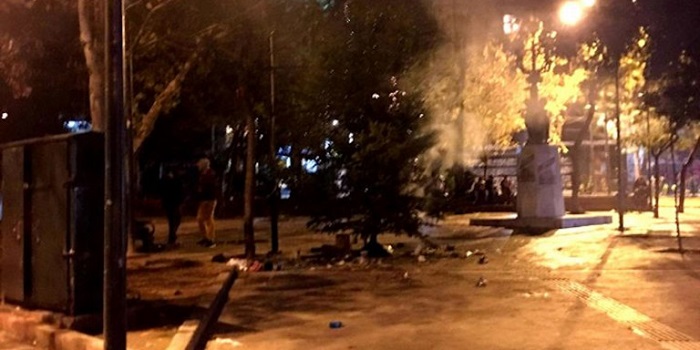 Unknown assailants burned a Christmas tree in the central square of the notorious Exarchia district on Wednesday night, just a few hours after it had been placed there and decorated by the city of Athens’ municipal workers.
Eye witnesses said that a group of youths set fire to the tree using lighters. They also destroyed the lights in the manger before fleeing down side streets.

Later, a group of about fifty individuals smashed the front entrance of a store belonging to the Vasilopoulos supermarket chain, as well as a Starbucks store and a branch of Piraeus Bank, all located on Mitropoleos Street, a few miles east of Exarchia.
Tensions in Exarchia, which has long been a focal point for anarchist and leftist groups, has increased in recent months after the new conservative government instituted a crackdown against squatting in abandoned buildings and lawlessness in the area in general.

A replica of the Charioteer of Delphi, gift of Greece to Qatar, was unveiled at Doha's metro station on Tuesday by the Greek Culture Minister.
Europe