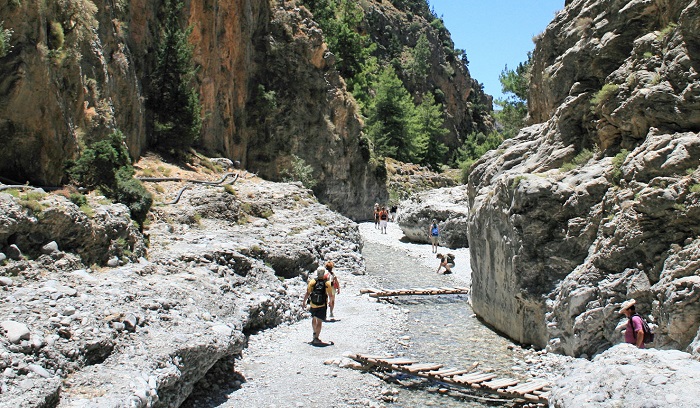 Samaria Gorge, on the Greek island of Crete, is one of the main reasons why foreign visitors choose Crete as a holiday destination, according to a survey conducted by the Crete Polytechnic, the Mediterranean Agronomic Institute of Chania and the University of Crete.
According to the same survey, tourist revenues from the many annual visits to Samaria Gorge are a significant source of income for the local economy.
Samaria National Park is a specially-protected area which is a very popular tourist destination, recognized worldwide for its spectacular scenery and the nearly-perpendicular walls of its gorge. Approximately 130,000 people per year have visited the site every summer since 1981, when the park first began to record the number of its visitors.
According to the Chania Forest Directorate, the total number of visitors to the Gorge in the last five years alone reached 744,288. 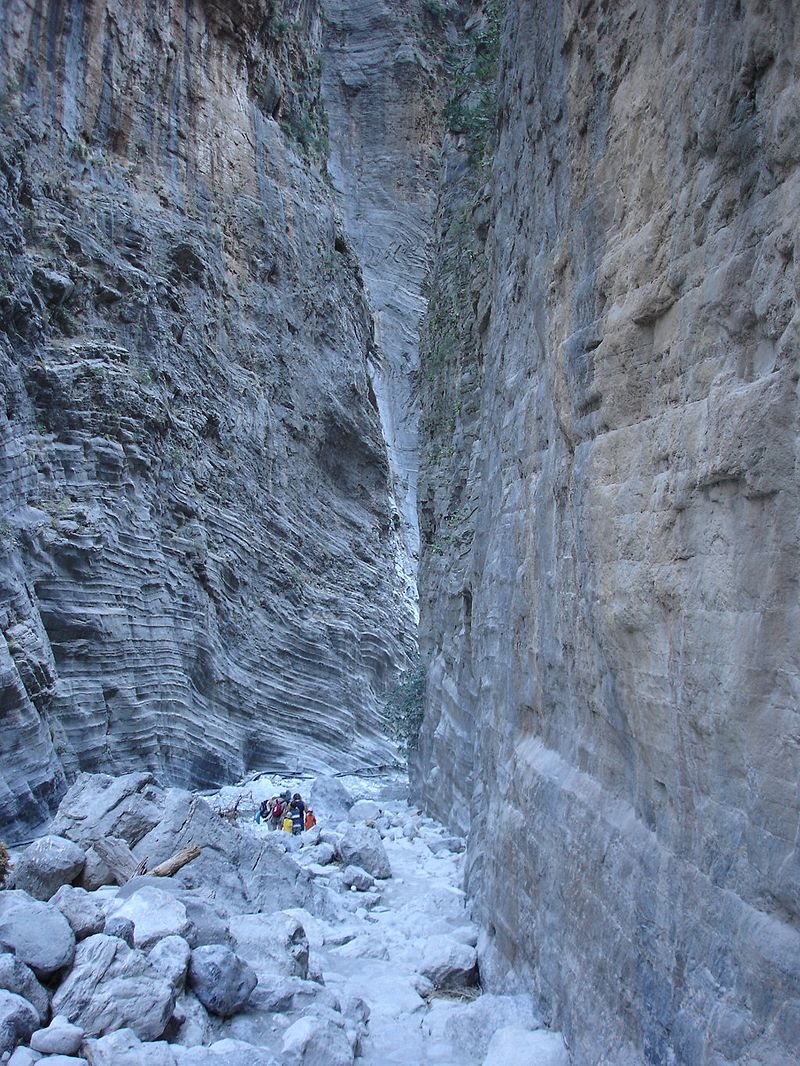 When the travelers were asked to what extent their decision to visit Crete was affected by the existence of Samaria National Park, 32.3 percent of the visitors replied ‘very much’ or ‘decisively’.
The ticket price to enter the gorge and the forest area is only five euros and the price has stayed the same since the admission fee was first established. According to the survey, eight in ten visitors said they felt very satisfied with the cost, while in the last years the number of visitors who consider the entrance fee actually too low has increased.
See some of the wonders of this amazing national park for yourself in the video below: