GRNews
GreekReporter.comGreeceChurch of Greece Says Will Deny Funeral Services to the Cremated

Church of Greece Says Will Deny Funeral Services to the Cremated 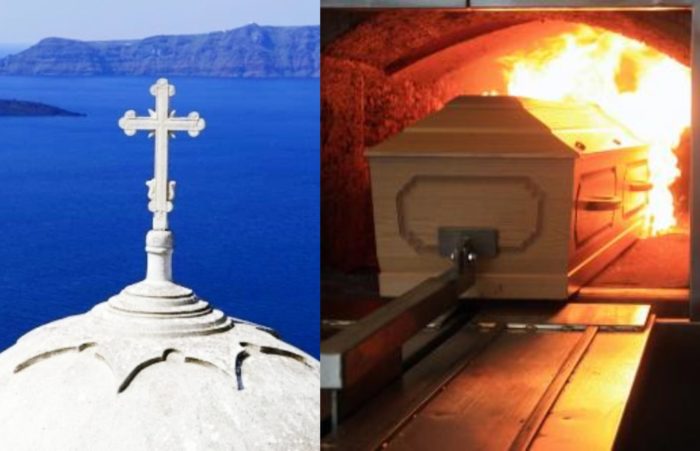 The Holy Synod of the Church of Greece issued a leaflet on Wednesday, in which it expresses its strong opposition to the practice of cremation as “contrary to the Church’s principles, traditions and customs.”
The leaflet addressed ”To The People” will be distributed to the Greek Orthodox flock in every church of the country in the coming days.
It notes that although the Greek state is responsible to pass laws, it’s the Church’s responsibility to inform people about its own beliefs on the issue.
”The Church as a community…does not force any person to observe it’s traditions. However, it has the right to regard cremation as a service contrary to its principles, traditions and customs.”
The leaflet uses strong language to condemn the practice of cremation, noting that ”it is not much different from recycling.”
It’s not dignified for any person “to be burned in the oven” and then his or her bones be ”crushed into a mixer,” it says.
For this reason, it reiterates that “those who do not want to follow the tradition of the Church have the right to opt for cremation,” but, it warns, ”they will not benefit from the Church’s funeral service.”
The Greek Orthodox Church has been a strong rival of cremation in the country.
Despite the first law allowing cremation in Greece of 2006, it wasn’t until 2019 when the first crematorium facility opened in the country.