TechNews
GreekReporter.com Ancient Greece Pytheas of Massalia: The First Greek to Reach Britain and the Arctic 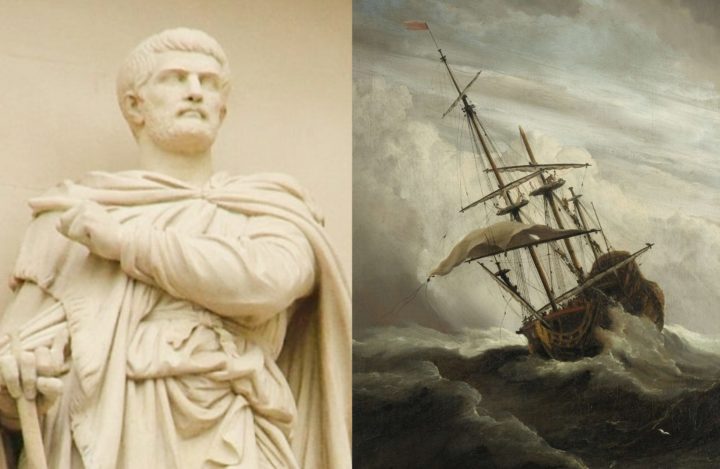 Pytheas of Massalia, a geographer from the Greek colony of Massalia, the modern-day city of Marseille in southern France, was the first-ever Mediterranean person to reach and explore not only Great Britain but as far north as the Arctic Circle.
The intrepid Greek scientist also explored scores of other areas of Northwestern Europe as well in the fourth century BC, and wrote about them in great detail.
The “Hyperboreans”


The fascinating story of Pytheas is relatively unknown, but his remarkable achievements still inspire scientists today because of his determination to explore what was then viewed as the wild and unknown North, the home of people known only as the “Hyperboreans.”
For the Greeks, these latitudes existed only as a matter of wild imagination. As far as the ancient Greeks were concerned, the harsh and inhospitable conditions of the European North could only be described by means of myths and legends.
One of these suggested that the Northerners were a race of giants who lived in the region even beyond where Boreas, the Greek god of the north winds, lived.
Boreas is still the word used in the Greek language to describe the cold, northerly winds which blow in the country during wintertime.
Since Boreas lived in Thrace, according to mythology, then the Hyperboreans were the unknown peoples who lived beyond Thrace, in the region to the north of it.
However, the term soon became synonymous with those who dwelt in the northern extremities of the European peninsula, in what is today known as the British Isles, Northern Europe, and Scandinavia.
These were the places Pytheas so deeply desired to explore since no known explorer had ever before dared to try to reach these northern realms.
Pytheas’ Unimaginable Courage

Pytheas decided that he would dare to do the unthinkable.
To sail north and explore the British isles, the northern European shoreline, Scandinavia and even up to the Arctic Circle, at a time when this was simply unimaginable due to the harsh, cold weather conditions prevailing for half the year in these regions.
Pytheas is known to have written a book about his explorations of the North, but tragically, this work has not yet been discovered.
But thankfully, we know a great deal about the adventures of the intrepid geographer due to a number of later authors who used his work and quoted him extensively, by name.
Strabo, Dicaerchs, Timaeus, Pliny, and Diodorus of Sicily are only a few of these later scholars.
The Shores of Britain and Scandinavia

Pytheas is known to have traveled around the entire island of Britain in the mid 4th century BC; however, it is still unclear exactly how much time it took to do this, and how much of his journey was spent on the land itself versus how much was by sail.
There are numerous references to this epic journey of discovery in later works, but there is no scientific agreement on the details of Pytheas’ tour of Britain.
Nonetheless, because of his incredible tour of discovery around the isle, Pytheas is responsible for the first known written mention of the word ”Britain.”
In his work ”Periplus,” (Greek for circumnavigation) and as it is quoted in Strabo’s Geographica, Pliny’s Natural History and Diodorus of Sicily’s Bibliotheca historica, Pytheas uses the epithet ”Bretannike” (Βρεταννική), which is Greek for ”Britannic.”
Etymologically, the term actually isn’t Greek; it is a Greek transliteration of what some of the Celts who lived on the island at the time calling their land: ”Ynys Prydein,” most likely  from the Welsh for ”the island of Britain.”
This is believed to be a proof that Pytheas stayed on the island and interacted with the Welsh and Britannic peoples who lived in the western and southern parts of Britain, rather than with the inhabitants of the more northern areas, where the Irish and Scots tribes lived.
Pytheas also referred to the ”Three corners of Britain”: Kantion, Belerion (Belerium) and Orkas.
Kantion is what is now known as Kent, the English county in the extreme southeast of Britain.
Scientists believe that Belerion was Cornwall, since Pytheas mentioned its triangular perimeter, according to Diodorus.
And Orkas, according to most researchers, must have been the Orkney islands, north of Scotland.
Thule

Pytheas, however, did not stop his voyage of discovery in Britain. The seemingly fearless explorer wanted to go even further.
Later works quote him as saying that he even reached the island of Thule.
This, according to Pytheas, was six days’ sail from the northernmost corner of Britain.
Scholars have never agreed on the exact location of this place, but the two most popular theories are that what he termed Thule was either Iceland or the western coast of Norway.
Pytheas’ Legacy

Pytheas might not even have been the first continental European to arrive on the shores of Britain and Iceland.
However, he was the first Mediterranean explorer to meticulously explore and describe what he saw in Britain, and the rest of the northern shores of Europe, including islands and the mainland itself.
His observations on the way of life of the tribes who lived in these places offered invaluable information to ancient scholars, who used his work as the foundation for their own books.
Pytheas’ scientific talents also made possible one of the first accurate long-distance measurements in the entire world.
For example, he not only successfully estimated that Britain’s circumference is approximately 4,000 miles (6,500 km) but he also managed to measure the distance from the northern reaches of Scotland all the way south to his hometown of Massalia.
The geographer accomplished this by means of measuring how far he had traveled in one day and keeping a count of exactly how long it had taken him to reach his objective.
His estimate, of approximately 1,050 miles (1,690 km) is simply staggering, since the distance between the northernmost corner of Britain to today’s city of Marseille is exactly 1,120 miles (1,800 km).