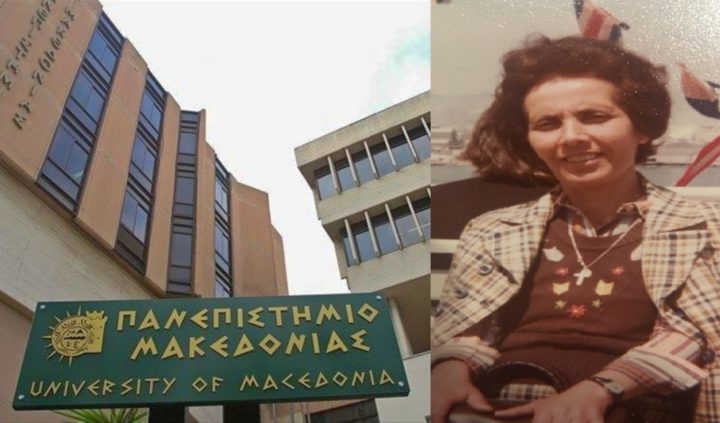 Maria Sotiriadou, a 92-year old Greek woman living in Thessaloniki, will soon be honored by the University of Macedonia for her dedication to learning the Pontic Greek dialect through a series of classes offered by the University.
Born in June of 1928, Sotiriadou has experienced modern Greece’s most historic and dramatic moments, from World War II and the Civil War all the way up to the military dictatorship and the recent financial crisis.
Because of her advanced age, as well as the serious injuries she sustained from a bomb during the Second World War, Sotiriadou’s determination to keep her origins alive through language is especially remarkable.
The elderly student will be honored by the University of Macedonia in Thessaloniki as well as the Panhellenic Association of Pontian Teachers for the drive, talent, and determination she has displayed during her Pontic dialect courses offered by the University over the last two years.


A shining example for all those who give up on their dreams, or hesitate to even begin following them, the 92-year-old demonstrates how the human will can prove to be much stronger than age or any other circumstances.
Sotiriadou’s family was forced to move from their home in Pontus in the early 1920s, ending up in a village in Kozani, Western Macedonia.
She remembers listening to her parents speak in Pontian as a little girl, and these memories made her want to refresh her memory and knowledge of the dialect despite her advanced age.
The nonagenarian heard of the Pontian classes the University of Macedonia was offering approximately two years ago, and since then she has proven to be one of the most dedicated students in the classroom.
“The Pontian (dialect) was lost and so I decided to go (to the classes). I want to talk, I never stopped,” the 92-year-old explained to the AMNA news agency.
The language classes, which are offered by volunteer teachers at the university, have already taught the Pontian dialect to more than 185 students.
The 100-hour seminars are offered for free by the University of Macedonia, and the new academic year is set to begin next week, on November 25.
Pontic Greek is the variation of Greek once spoken along the southern shores of the Black Sea, in the region of Pontus.
A derivation of the Ionic dialect of Greek, and influenced by Koine and Byzantine Greek, it has managed to survive up to this very day despite the passage of the centuries and the violent uprooting of most of the people who spoke it as their native dialect.
There are still thousands of Turkish citizens living in the mountainous areas of Pontus who continue to speak the idiom, which has been described by experts as the closest one can find today to a dialect of ancient Greek.