TechNews
GreekReporter.com Greece The Women of Epirus: Unsung Heroines of the Greek-Italian War

The Women of Epirus: Unsung Heroines of the Greek-Italian War 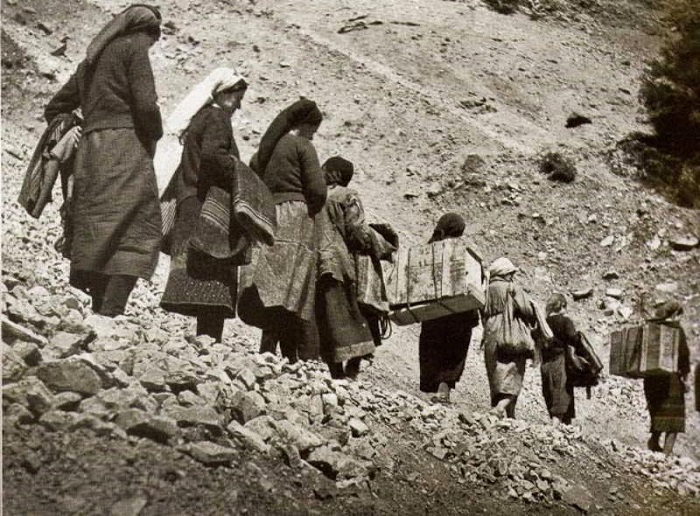 Most Greeks know about the golden pages of heroism written by the Greek soldiers in the mountains of Northern Epirus, when Greece bravely fended off the Italian attack in 1940.
Many, however, ignore the contribution of Greek women; their voluntary and spontaneous offerings and self-sacrifices remain a largely unknown side of the war, especially outside Greece.
The women of Epirus offered their homes to accommodate Greek soldiers, as well as offering food, blankets and every kind of clothing, and they did not hesitate to give all their supplies of food even to the horses of the army.
They were also known for knitting socks and other clothes to keep Greek soldiers warm during the bitter cold days of fighting in the Pindus Mountains.
In places where the army could not transport their equipment due to snow or rough terrain,  the women helped carry this materiel as well. There are many recorded instances where they transported munitions, food and clothing. 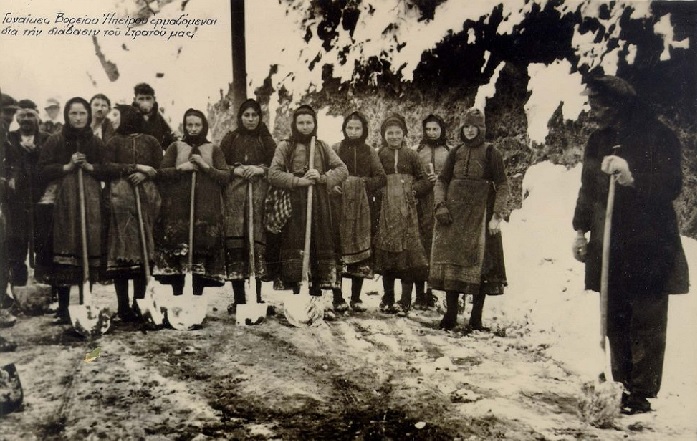 Takis Trantas, who fought in the Pindus mountains said in an oral testimony: “These women of Epirus are admirable. They were much admired because they would carry loads where no mules would have gone. They put the loads on their backs, being accustomed to carrying water and wood.”
In his war diary, Argyris Balatsos says: “I have met women carrying ammunition. One of them was 88 years old… The snow, the frost, the terrible cold, didn’t seem to scare them. All of them, full of joy, wanted to supply the army with what the transport vehicles couldn’t. Truly the miracle of women.” 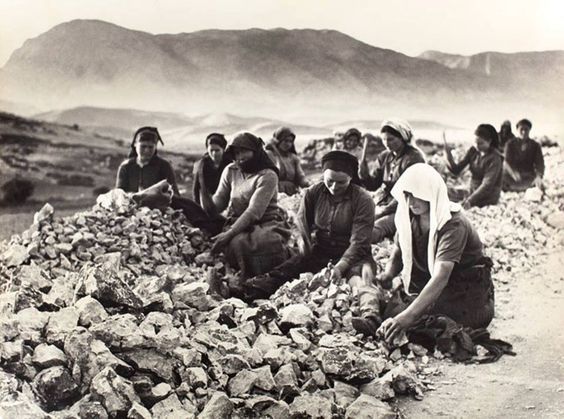 Climbing along steep ravines, in extremely difficult weather conditions, these heroic women also acted as nurses, carrying wounded soldiers to safety.
Women also helped the Army engineers in the arduous labor of opening and repairing roads and bridges.
According to a testimony by Takis Ε. Papagiannopoulos, when the engineers failed to build a bridge over Vogiousa river due to the rushing waters, a group of women entered the water, and holding each other tightly around the shoulders, formed an earthwork that checked the rush of the river, making it possible for the bridge builders to complete their work.
There was also at least one recorded incident in which Greek women actually fought the Italian invaders in the village of Limni in Epirus, on November 20, 1940.
A group of Italian soldiers had captured around a dozen young women and were taking them to the school of the village when Greek soldiers suddenly appeared. The Italians were surprised by both the presence of the soldiers and the reaction of the women, who using axes and large chunks of wood chased them away. At least ten Italian soldiers were killed and 25 were taken prisoners in this incident.
Sources: