Nikos Kazantzakis: Legacy of "Zorba the Greek" Author Lives On 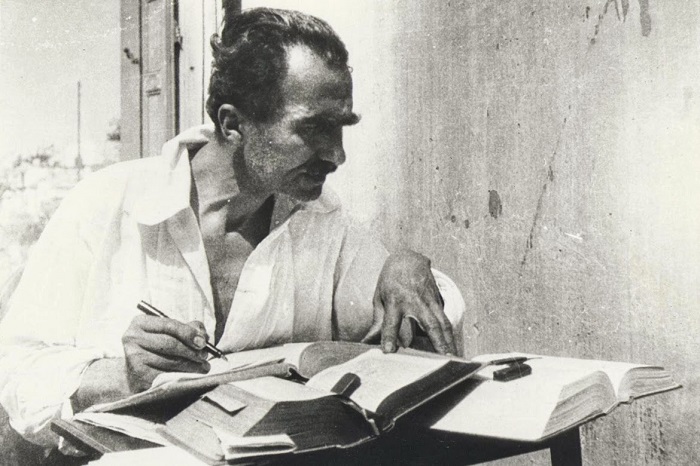 Nikos Kazantzakis was Greece’s most prolific writer and he remains one of the most famous Greek citizens to have ever lived. A writer of dozens of novels, poems, plays and short stories, his works have been translated into practically every written language on the planet.
Kazantzakis became famous worldwide overnight after the 1964 release of the film “Zorba the Greek,” which was based on his novel. He gained renewed acclaim, and even opprobrium, in 1988 with the film adaptation of his book “The Last Temptation of Christ” by Martin Scorsese.
Kazantakis was born  in Heraklion, Crete was born on February 18, 1883. The island was still under Turkish rule at that time, but there had been repeated uprisings in an attempt to achieve independence from the Ottoman empire and unite with Greece.
In 1902 the author moved to Athens to study law. In 1906 he wrote his first narrative, “Serpent and Lily,” which he published under the pen name “Karma Nirvami.” He then traveled to Paris, where he began studying philosophy in 1907.
“Captain Michalis” is Kazantzakis’ second most widely-known and successful novel after Zorba. Published in 1953, the book tells the story of the 1889 rebellions of the Cretan people against the Turks.
“Captain Michalis” was published under the title “Freedom and Death” in the United Kingdom and in all subsequent English editions. The book has been translated into almost three dozen languages — including Turkish.
Kazantzakis’ other well-known novels include “Christ Recrucified” (1948), “The Last Temptation of Christ” (1951) and “Report to Greco” (1961), which contain both autobiographical and fictional elements.
However, Kazantzakis believed that “The Odyssey: A Modern Sequel,” an epic containing 33,333 verses of poetry, was his most important work. He rewrote it seven times before publishing the work in 1938. According to another revered Greek author, Pantelis Prevelakis, “it has been a superhuman effort to record his immense spiritual experience.” 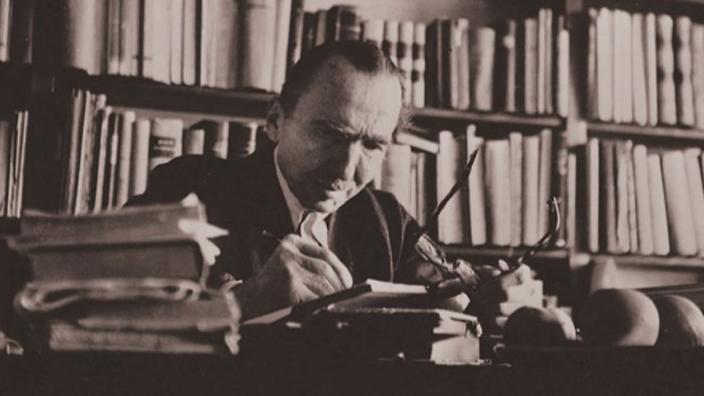 “The Last Temptation of Christ”
Kazantzakis’ book “The Last Temptation of Christ” ended up being one of the most controversial books of all time, often appearing on “banned books” lists.
It even prompted official condemnation from both the Roman Catholic and Greek Orthodox Churches, prompting one 1950s writer to remark that it was the “first time since 1054 that the two Churches had agreed on anything”.
In 1954, Pope Pius XII himself placed the book on the “Roman Catholic Index of Forbidden Books.” Kazantzakis then telegraphed the Vatican personally, using a phrase from the Christian apologist Tertullian: “Ad tuum, Domine, tribunal appello.”
The phrase means “I lodge my appeal at your tribunal, Lord.” Kazantzakis was telling the Catholic Church that God will be his final judge, not a worldly institution like the Church.
Controversy followed again more than three decades later when Martin Scorsese made the book into a film in 1988. A protest against the film from Christians in the United States spread quickly throughout the world.
The film was banned outright in more than a dozen nations, including Turkey, Mexico, Chile, Argentina, the Philippines and Singapore. In Paris, a cinema which refused to give in to protestors to cancel the premiere was torched by Christian demonstrators.
In 1957, Kazantzakis lost the Nobel Prize for Literature to Albert Camus by one vote. Camus later said that Kazantzakis deserved the honor “a hundred times more” than himself. The Greek writer would be nominated for the Nobel a total of nine times.
Kazantzakis died of leukemia on October 26, 1957, at the age of 74.  His body is buried in the wall which surrounds the city of Heraklion, near the Chania Gate, since the Greek Orthodox Church prohibited his burial in a cemetery.
His epitaph reads: “I hope for nothing. I fear nothing. I am free.”