GRNews
GreekReporter.comGreeceWhy is the Right to Vote for Diaspora Greeks So Controversial?

Why is the Right to Vote for Diaspora Greeks So Controversial? 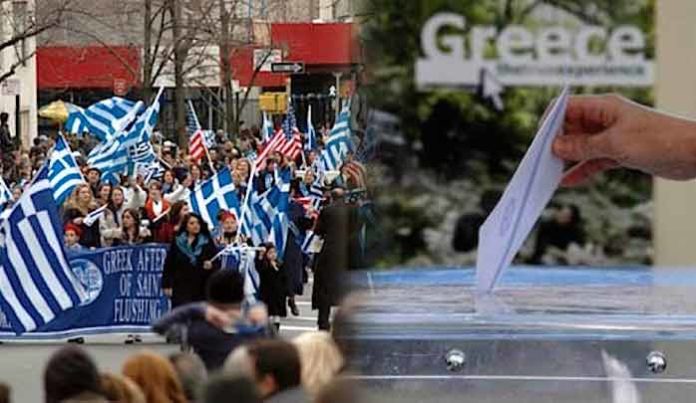 Greek Prime Minister Kyriakos Mitsotakis is to meet with party leaders on Friday for crucial discussions on the right of Greeks living abroad to vote in Greek elections.
Mitsotakis and his New Democracy Party proposed that expatriate Greeks should be able to vote in national elections when it was in the opposition; the previous SYRIZA government was set against the plan.
It should be noted that Greece is the only country in Europe, and perhaps the entire western world, where expatriates who are full citizens are denied the right to vote in Greek elections from the country of their residence, either by casting a ballot at the Greek embassy or through postal voting. 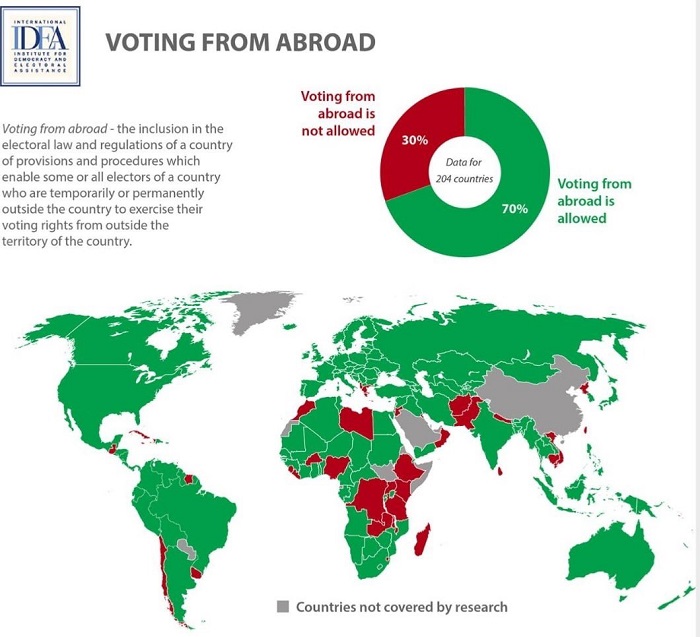 In order for the motion to pass, 200 votes are needed in the 300-seat Greek Parliament because the issue requires a Revision in the Constitution and a 151-plus majority will not be sufficient for this.
In theory, there should be no objection to the proposal, since the concept of absentee voting is so prevalent elsewhere in the world. Prime Minister Mitsotakis has already stated, “I hope expatriates will acquire the right to vote with 300 votes in Parliament.”
However, Greece’s main opposition SYRIZA party seems reluctant to vote in favor of the right to vote for Greeks living abroad. Ιn 2009, they had voted against, and were ambivalent throughout the four and a half years the leftist party was in power.
Their argument was that diaspora Greeks live in a different social and economic reality, and it is likely that they would have a powerful effect on the Greek political world with their vote.
SYRIZA opposes the expatriate vote on the grounds that “the composition and number of the electorate will be altered.” The leftist party still maintains that it would discuss the issue — provided that there will be no postal voting and the expatriate votes will not be counted in the total national election results.
The New Democracy argument has been that all Greeks should have the right to vote in national elections, especially those who are registered voters. Given the fact that approximately 427,000 people left Greece in the years of the economic crisis – according to Eurostat figures – it is imperative that they should be given the right to cast their vote for the future of their homeland, Mitsotakis has argued.
The degree of consensus on the issue will greatly affect the political climate in Greece. Critical decisions and votes should be completed by the beginning of 2020, including the revisions to the Constitution and the Electoral Law Election for the President of the Republic.
All Greek parties other than SYRIZA view the issue favorably, with a few slight variations.
Specifically, New Democracy is in favor of the full right to vote for Greeks living outside the country, and proposes the nominal vote, with no objections to the exercise of the right locally (including consulates, embassies, special centers).
It denies SYRIZA’s claim that there would be a change in the electorate, since only those already on the electoral rolls will have the right to vote.
According to New Democracy, excluding the diaspora vote from the overall national result would be anti-democratic and unconstitutional.
SYRIZA continues to insist on its original position, and does not accept that these votes should be counted in the national total, steadfastly refusing the right of expatriates to elect MPs. It discounts absentee, or postal voting, in its entirety.
The Movement for Change (KINAL) Party, as its spokesman Manolis Christodoulakis has clarified, is very close to the ND positions on the issue. The party accepts postal voting, stating that expatriates who are already registered voters should be given the right. KINAL however, insists that expatriates should have their own representation in parliament.
The Greek Communist Party (KKE) seems positive overall to the concept of the expatriate vote. This may indicate that the party estimates that the vote of Greeks living abroad will increase the party’s national percentage of support.
The conditions the KKE sets are that there should be no postal voting, that expatriates should have been living abroad for less than 30 years, and that they should have economic ties with Greece, such as a tax number. It seems, however, that these terms are negotiable.
The Greek Solution and Yanis Varoufakis’ DiEM 25 party are almost unconditionally in favor of the expatriate vote.
In order for the bill to pass in Parliament and to amend the appropriate article in the Constitution, 200 votes are needed. Given that there is the possibility that SYRIZA will vote against, if KKE decides to follow the same line, the bill will not pass, since the two parties hold a total of 101 seats in the Greek Parliament.
It seems the vote of the Greece’s Communist Party will be the catalyst when ballot time comes around.