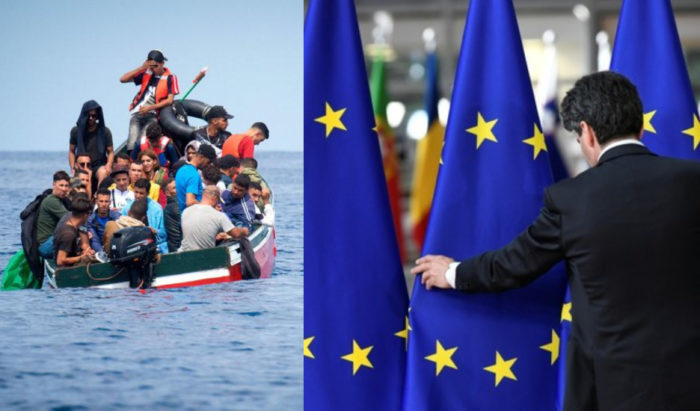 Natasha Bertaud, deputy chief spokesperson of the European Commission, said on Monday morning that the EU is ready to mobilize anything it can to assist Greece to confront the recent massive increases of illegal immigration onto its soil.
All the Greek authorities have to do is request the assistance.
“The large number of arrivals on Lesvos in recent weeks has undoubtedly added pressure to a system that is already at its limits,” Bertaud admitted.
She added, however, that the situation cannot be compared to the crisis levels of 2015 and 2016, since the number of arrivals is 91 percent less than those seen during that period.
”We’ll continue to assist the Greek national authorities financially, administratively, and operationally,” Bertaud said, adding that the European Commission is ready to enhance the Greek guard agencies with whatever means it has at its disposal.
Resources to assist Greece might include the European Asylum Service, Europol, and FRONTEX, the European Coast and Border Guard Agency.
The Commission also declared that it is ready to examine the possibility of granting Greece additional money in order to cope with the recent increases it has experienced in illegal immigration.
Greece, along with Italy and, to a lesser extent, Spain, has served as the main gate through which illegal migrants and refugees have entered the countries of the EU since the beginning of the civil war in Syria.