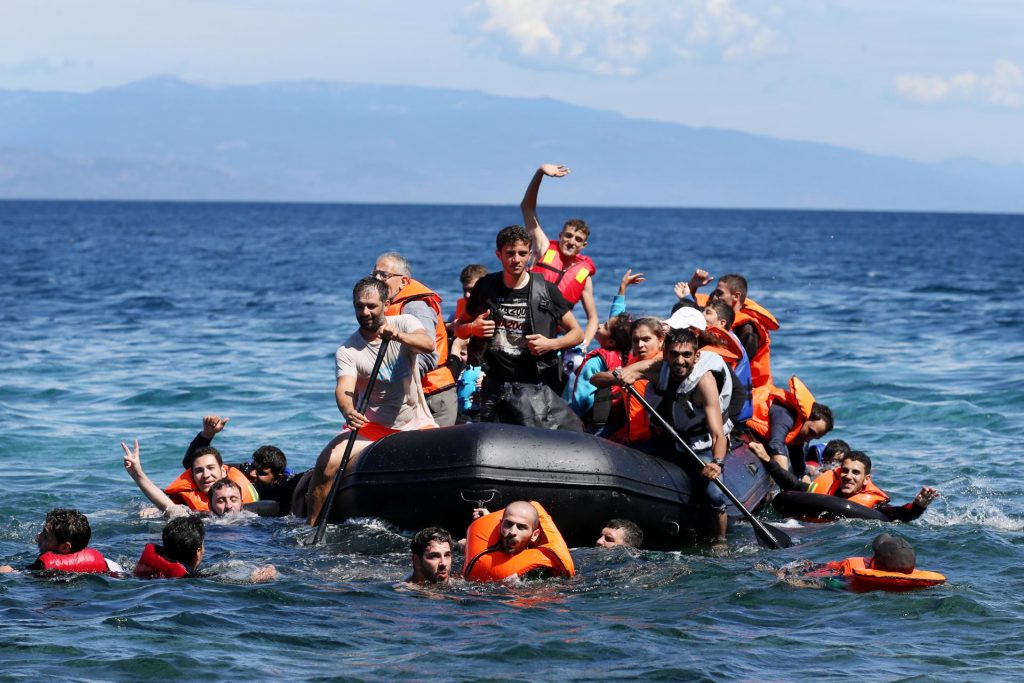 A recent report from CBS claims that “human smuggling is big business in Athens.”
A human smuggler in Athens was secretly recorded on camera telling the CBS reporter that he helps “move ISIS members from Greece to the rest of Europe.”
Citizen Protection Minister Michalis Chrysohoidis made an official statement at the beginning of September in Parliament, saying that in the last three years, seven suspects wanted for their alleged links to militant Islamist groups have been arrested by Greek authorities.
To find out more about this disturbing situation, the Greek Reporter spoke to Balkan security analyst Ioannis Michaletos.
“More than 1.5 million people used Greece as the main gateway to enter the EU. We can more or less estimate that a significant number of extremists or veterans of the civil war in Syria, managed to use this route and embed themselves as refugees and actually make it through. Their main goal is to escape and reorganize themselves,” he explains.
Michaletos maintains that, Europe has long been known to harbor a large number of political extremists. According to official French police estimates, there are 15,000 extremists and terrorists just in France alone. German police authorities estimate that there are about 8,000 dangerous extremists in their country.
The security expert says that “We are talking about tens of thousands of terrorists and extremists already in Europe. For a Jihadi in Syria, it makes sense to go and find them and join forces and make use of the extended logistical infrastructure already in the European hubs that have been formed over the past few decades.”

Michaletos points out that the EU and Greece have tried a range of measures which only attempt to manage the flows of illegal migrants and supposed asylum seekers from Turkey and elsewhere. He believes the only way to effectively deal with this issue is to facilitate the closure of the borders between Turkey and Greece.
“There are direct and indirect ways, and you have to use a combination of both” notes Michaletos.
“A direct way would be to name the close sea regions between Turkey and Greece as military zones. This means that anybody that tries to pass through the medium line between the two countries will be stopped by Navy ships, will be detained for 18 months and will be charged with trespassing in a military zone,” he says.
The security expert added that “Because Turkey is not in the EU, Greece can do this — but not alone — because it doesn’t have the space to detain so many people. The EU needs to back Greece in order to do this.”
Michaletos points out to the Greek Reporter that “according to international law, if a Syrian passes through Turkey to go to another country, he is no longer recognized as a refugee because he did not file for asylum in the first country he entered, as long as it is considered a safe country. And Turkey is considered a safe country by the United Nations.”
The Balkan security analyst furthermore explains, however, that “The indirect way is very fascinating and could produce better results.”
He points out that “Greece, the EU, possibly Interpol and other security agencies can pinpoint — and they have the means to do this — who the smugglers in Turkey are. How are they connected with the Turkish police or the Turkish military? Who are the smugglers in the Mideast who are actually transporting these people, who in many cases are being uses as slaves because they don’t have the money to pay for their trip?” 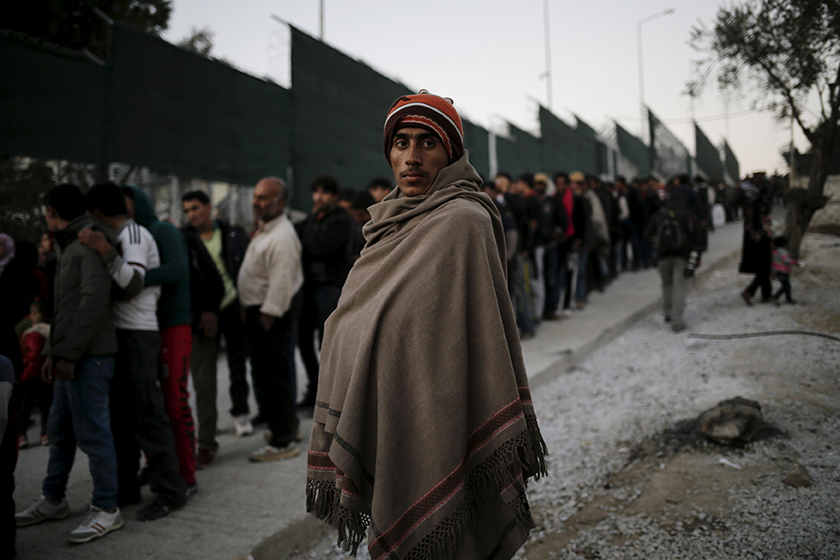 Michaletos claims that “The EU does not use its police forces and intelligence forces to dismantle these networks – they haven’t done anything, which is amazing. Not one smuggler of importance has been arrested.”
He added that “The big heads who reside in Istanbul, or in Izmir or in Beirut should be named, arrested and sanctioned. How can you have a deterrence policy if you let these people enrich themselves and do this without any consequences?”
Discussing the reasons why Turkey is very lax in controlling their border, Michaletos affirms to the Greek Reporter that “Turkey right now wants to achieve four things:
First, it wants to place pressure on the EU to put more money into its economy by using the immigrants as a pretext. Second, it desires to put pressure on the international community, and the US in particular, to accept a Turkish-controlled zone in the north of Syria.
Turkey also wants to put additional pressure Greece concerning bilateral disagreements for the natural resources [oil and gas] in the eastern Mediterranean
Additionally, the Turkish economy has suffered a great deal over the past couple of years, and as a result there are many unemployed Turkish citizens in the big urban centers who are competing with immigrants for salaries and work. Turkish officials, according to Michaletos, “want to defuse this situation by exporting some of these migrants into the EU.”
The security expert ends his overview of the situation with a disturbing judgment, saying that “There is no political will to enforce a unified long-term strategy because the Greek authorities are expecting the European authorities to tell them what to do… There is no Greek national strategy”.