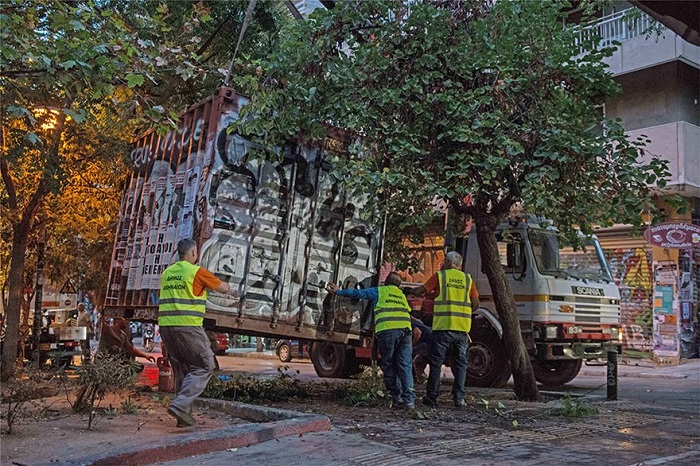 Early on Friday, police removed a container in Exarchia Square, in downtown Athens, which had been used by anarchists and other groups as a kiosk for the distribution of information about their group.
The container, which was set up almost three years ago, was removed early on Friday by a crane in a joint operation by the Greek police and the city of Athens.
Athens Mayor Costas Bakoyannis described the intervention as part of a broader effort by municipal authorities “to improve daily life for Athenians.”
“We are determined not to let a day go to waste,” Bakoyannis said, adding that municipal teams were also “improving lighting and adding greenery to public areas.”
The new Greek government which was voted into power in July has vowed to combat what is sees as “lawlessness” in the Greek capital.
There is strong police presence in the Exarchia district, where a number of anarchist and migrant squats have been cleared out in the last few months.
On Thursday, police removed over 200 illegal immigrants, including dozens of children, from two squats in another district of Athens as part of a drive to clean up the city and get a grip on illegal activities in the Greek capital.