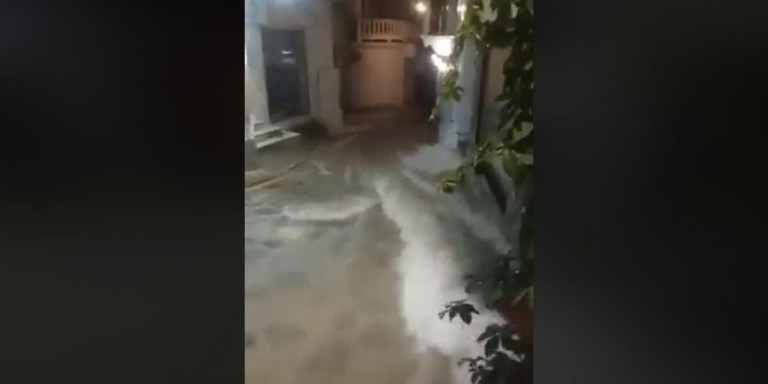 A new round of summer storms have slammed into Greece since Tuesday, causing floods in central Greece and the Peloponnesian Peninsula.
This most recent weather system, dubbed ”Antinoos,” was also accompanied by hail and very strong winds, similar to last week’s storm which hit northern Greece and the Sporades.
Antinoos swept across the country starting from the western part of the nation and traveling eastward.
The worst affected areas were the islands of the Sporades, in particular Skiathos and Skopelos. Flooding was also reported in Korinthia, Peloponnese.
Video footage from Skopelos shows torrents of water flooding the streets of the picturesque island.

Similar scenes were recorded in Corinth.