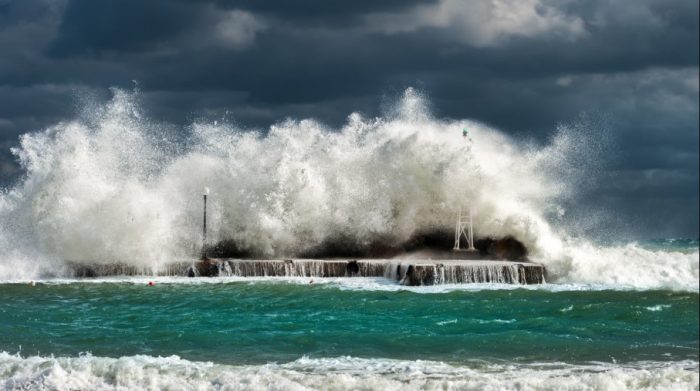 Greece’s National Meteorological Service (EMY) forecasted the arrival of more rainy and stormy weather which will affect the country beginning on Tuesday afternoon in a new weather warning issued on Monday.
The new weather system, dubbed ”Antinoos,” may be accompanied by hail and very strong winds.
Antinoos will sweep across Greece starting from the western parts of the country and going eastward.
The weather system is initially expected to affect the Ionian Sea and Epirus, Western Macedonia and western parts of Greece, and possibly even parts of Central Greece, reaching Thessaly and eastern Central Greece by nightfall on Tuesday.
It is then slated to hit the archipelago of the Sporades and the island of Euboea (Evia) in the early hours of Wednesday.
The forceful system will begin to subside on Wednesday in the northwestern parts of the country and will be restricted to Thessaly, the Sporades, Central Greece and possibly Euboea by the afternoon, abating in the evening.
Athens and the broader region of Attica will see most intense phenomena from the storm beginning on Tuesday night and to the early hours of Wednesday, chiefly in the northern and western parts of the region.
The well-known meteorologist Tasos Ariniakos told state-run AMNA news agency that this new weather system is not typical of Greek summers and actually has all the features found in storms which typically affect Greece during the autumn months.