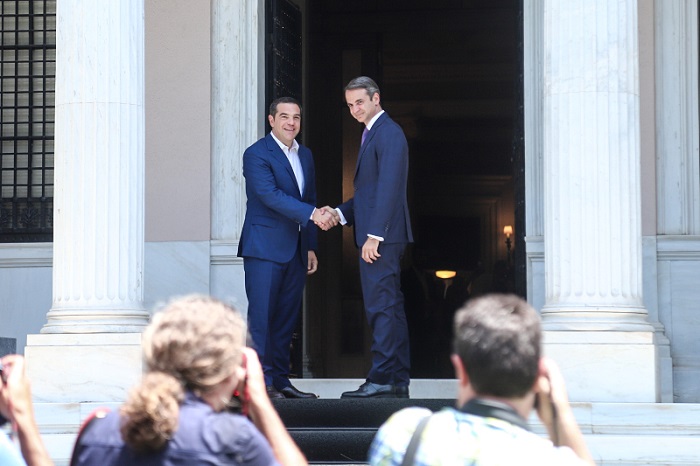 Outgoing premier Alexis Tsipras on Monday handed over power to his successor Kyriakos Mitsotakis who swept to a landslide victory in Sunday’s general elections.
Speaking earlier outside the presidential Mansion where he was sworn-in, Mitsotakis told journalists the Greek people gave him a “strong mandate to change Greece,” adding that “hard work begins today.”
“I have no doubt we will rise to the occasion,” he added. 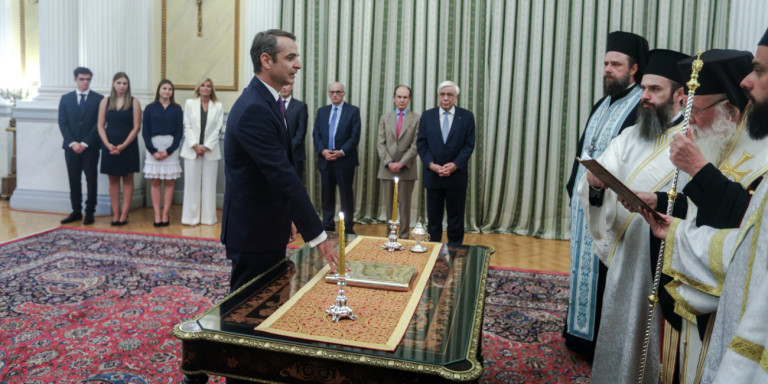 Mitsotakis was sworn in at the Presidential Mansion at 1:00 pm local time, in front of President of the Hellenic Republic, Prokopis Pavlopoulos.

Mitsotakis was sworn in by Archbishop of Athens and All of Greece Ieronymos. After he put his signature in the official book, he embraced his wife Mareva Grabowski and three children, Sophia, Daphne and Konstantinos. 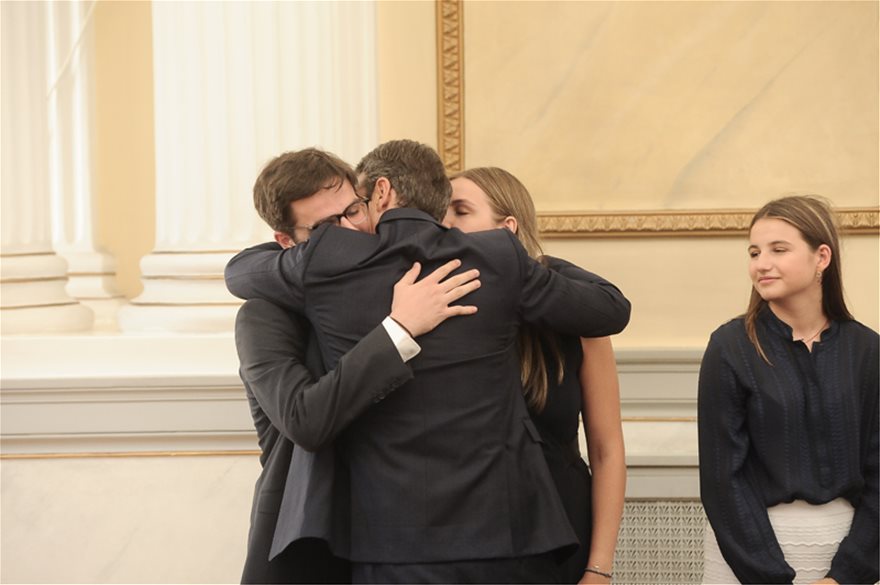 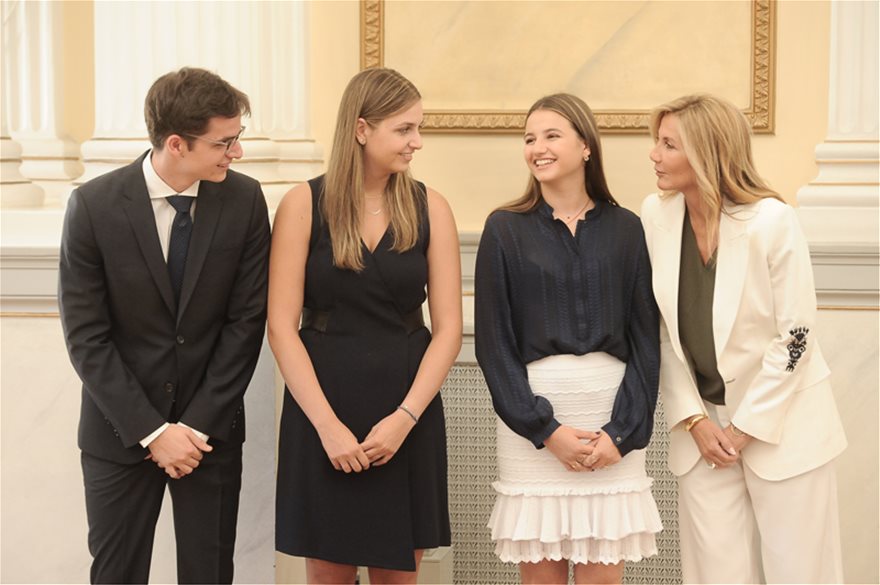 The President of the Republic and Archbishop Ieronymos also signed the book.
The composition of New Democracy’s (ND) government will be announced by the newly appointed Government Spokesman Stelios Petsas at 19:00 on Monday.
Kyriakos Mitsotakis was elected on Sunday as his New Democracy party swept the polls with a 39.85 percent win.