GRNews
GreekReporter.comGreek NewsCyprusBritish F-35 Jets To Use Cyprus as Base For Syria, Iraq Operations

British F-35 Jets To Use Cyprus as Base For Syria, Iraq Operations 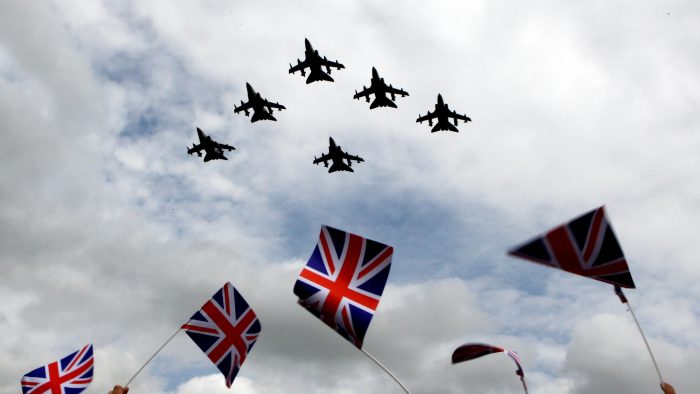 The UK’s newest and most advanced generation of fighter jets, the “Lightning F-35 B,” recently completed its first operational missions to Syria and Iraq, flying out of the Akrotiri British Sovereign base in Cyprus.
The mission is part of the ongoing fight against the so-called Islamic State, or ”Daesh,” following the group’s successful training period in Cyprus.
This new development was revealed in remarks made by the UK Defense Secretary, Penny Mordaunt, as she made an official visit to the British bases in Cyprus on Monday.
Mordaunt, who held a meeting with Cyprus’ Defense Minister Savvas Angelides during her visit to the island on Monday, told the media, “It was really great to talk to him about the common threats that we face and how together we can work to tackle them.”
Additionally, she noted that “I have seen over those years that our defense partnership grows.”

Very productive meeting #today with the Secretary of State for #Defence of the #UK Mrs. Penny Mordaunt. We held a broad and constructive exchange on regional security issues and on our #bilateral relations in the fields of #security and #defence. #Cyprus, @DefenceCyprus 🇨🇾 🇬🇧 pic.twitter.com/RhNWRSoFwR

“What we have seen over recent years is an ever-closer partnership forming, and I want to take that forward,” the British Defense Secretary noted, adding that “we are living in some very uncertain times.”
Mordaunt is a British MP for Portsmouth North, the Secretary of State for the UK’s Ministry of Defense and Minister for the British Government’s Equalities Office.
With information from CNA