US Says Turkey’s Drilling Off Cyprus Highly Provocative; Calls for a Halt 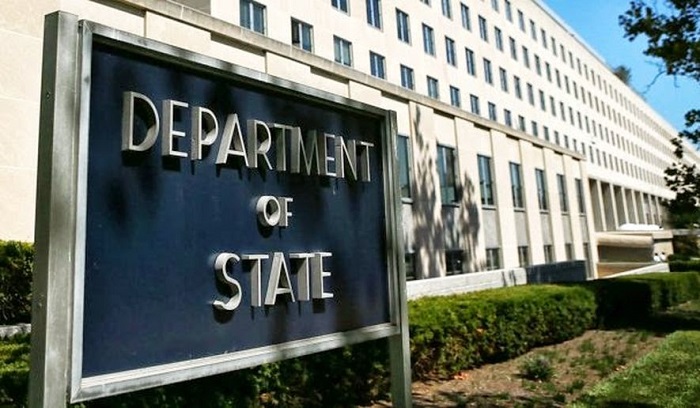 The US Department of State called on Turkey to halt drilling off Cyprus, a day after Turkish Foreign Minister Mevlut Cavusoglu said that the country’s natural gas exploration vessel Fatih has started “drilling right in the west of Cyprus.”

Replying to a question by Hellas Journal on Saturday, a Department of State official said that Washington is deeply concerned with Turkey’s actions in the eastern Mediterranean. He referred to a May 6 statement which called Ankara’s actions “highly provocative.”

“The United States is deeply concerned by Turkey’s announced intentions to begin offshore drilling operations in an area claimed by the Republic of Cyprus as its Exclusive Economic Zone. This step is highly provocative and risks raising tensions in the region. We urge Turkish authorities to halt these operations and encourage all parties to act with restraint,” the May 6 statement said.

Earlier on Saturday, Turkey criticized southern European Union nations for urging the EU to consider action against Turkey over its bid to drill for gas in waters where Cyprus has exclusive economic rights.

The Turkish Foreign Ministry said in a statement that a declaration issued by the leaders of France, Italy, Greece, Portugal, Spain, and Malta shows the EU cannot be a “neutral and trusted actor” to resolve the dispute over divided Cyprus.

The ministry statement called on EU states to acknowledge Turkish Cypriots’ equal rights over the island’s resources. It added that Turkey, which has sent a drill ship to Cyprus’ western coast, is determined to protect those rights.