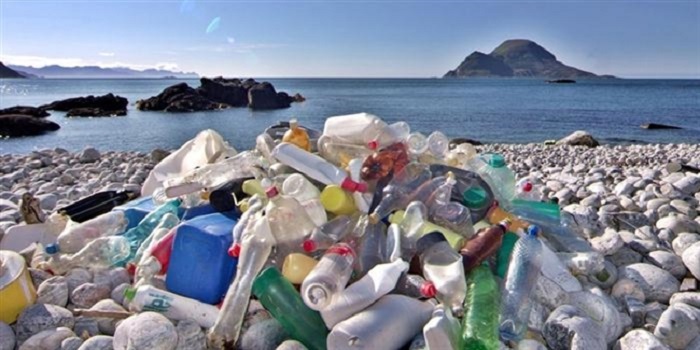 The tiny island of Donousa in the central Aegean Sea is striving to become the first Greek island completely free of disposable plastics by way of a series of awareness-raising actions which begin on Friday.
Under an initiative called “Sea Change Greek Islands,” sponsored by the Athanasios K. Laskaridis Public Benefit Foundation, residents of the island are asked to commit to the systematic reduction and phasing out of disposable plastic from the island.
The items will include everything from cups, cutlery, and straws to plastic bags. Their banishment is meant to serve as a powerful message and a workable example to the global community.
Volunteers and officials from the local authority will begin a series of events to inform the islanders of the harm caused by plastic in the seas, and organize activities for the cleanup of the island’s shores.
The initiative, which has also targeted other Aegean islands, is in line with a recent European Union Directive, according to which disposable plastics should be gradually phased out, and then completely banned by 2021.
“Disposable plastics are used for just a few minutes, but their impact on the environment lasts for decades,” says Angeliki Kosmopoulou, Executive Director of the Athanasios K. Laskaridis Public Benefit Foundation.
“The solution lies on all of us. We need to change our everyday habits. A year ago, when we started the campaign, we targeted plastic straws. Today we are taking our joint effort a step further, to make Donousa, an island of rare beauty, the first #single_plastic_free island in the Aegean,” she added.
The “Sea Change Greek Islands” program for the protection of the marine environment is being held for the second year across ten islands of the Cyclades, under the aegis and with the cooperation of the respective island municipalities.

Save Greek Seas from Plastic Pollution

Greeks band together to save Greece from its coffee cups: https://goo.gl/aDsz6g