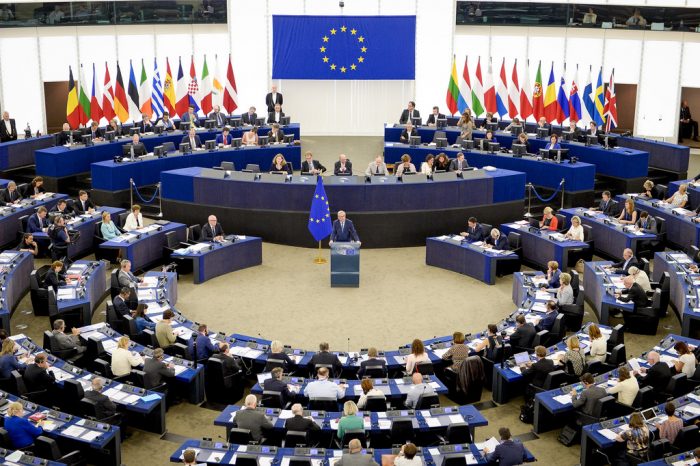 According to data published on Wednesday by the European Parliament, the center-right New Democracy (ND) party holds a 14-point lead over the left-wing SYRIZA party ahead of the upcoming European elections in May, 2019.
The data is not the result of a new poll but represents an average of several national polls which took place across Greece during the month of January.
The New Democracy Party currently enjoys support from 39.2 percent of likely voters throughout the country. The SYRIZA Party follows, garnering 25 percent approval.
The ultranationalist group Golden Dawn comes in third at 7 percent, followed by the center-left Movement for Change (KINAL) which receives 6.8 percent support from likely voters.
The Communist party of Greece is in fifth place, earning 6.4 percent approval, with the rest of the parties in Greece receiving less than 3 percent each.


EU citizens vote for their national parties during the EU election process. These national parties are affiliated with several EU-wide parties, which then take seats in the European Parliament.
New Democracy belongs to the parliamentary caucus of the European People’s Party. SYRIZA belongs to the “European United Left – Nordic Green Left” group and KINAL, the Movement for Change, belongs to the group of European Socialists and Democrats.
The current European Parliament has 751 seats, but following the expected departure of the UK in March, the body will only have 705 seats.