By Tasos Kokkinidis
December 5, 2018
Facebook
Twitter
WhatsApp
Linkedin
Email
Greece’s main opposition leader Kyriakos Mitsotakis vowed to pursue growth-oriented reforms if elected to office. He made his remarks in an interview with the Financial Times published on Wednesday.
The leader of the New Democracy Party who, according to the paper, is “tipped to be next Greek PM”, criticized Greece’s economic performance in the interview. He said the trio of EU and IMF bailouts have failed in their “main objective” of ensuring the country could once again borrow on international capital markets.
“If you look at where we are compared to 10 years ago [when the crisis began] we have made progress on many fronts, but a lot of the fundamental problems associated with the structure of the economy are still there,” Mitsotakis told the Financial Times. 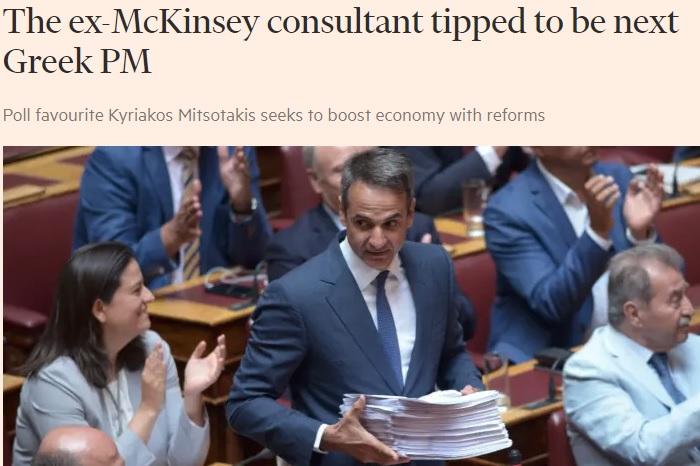 He said his party could restore confidence in the economy and use its pro-market image to attract fresh investment while maintaining the high budget surpluses agreed upon with the EU.
If his party wins the next election, Mitsotakis said, he will push forward with two of the country’s biggest future projects, valued at about 11 billion euros. The first would be the development of the former international airport at Elliniko, south of Athens, and the second would be further improvements to the Skouries gold mine in northern Greece.
Both ventures have stalled on bureaucratic and legal wranglings.
Canadian mining company Eldorado Gold suspended investment last year at its Greek mines following a dispute over permits.