The Anniversary of the Discovery of King Philip II's Tomb

The discovery of the tomb of Philip II, King of Macedonia and father of Alexander the Great, is one of the most important archaeological discoveries in the rich Greek history.
It was November 8, 1977 when archaeologist Dr. Manolis Andronikos, after almost 40 years of excavations in the area, found a priceless treasure, both literally and historically, in the village of Vergina in northern Greece.
About five meters below the earth, there was an intact pair of royal tombs from the fourth century BC which contained many objects of gold, silver, bronze, and iron, several wall frescoes. But, more importantly, there were two caskets of human bones, which Andronikos believed to be the remains of the parents of Alexander III, Philip II (382-336 BC) — who had conquered all of Greece — and his fourth wife Olympias. 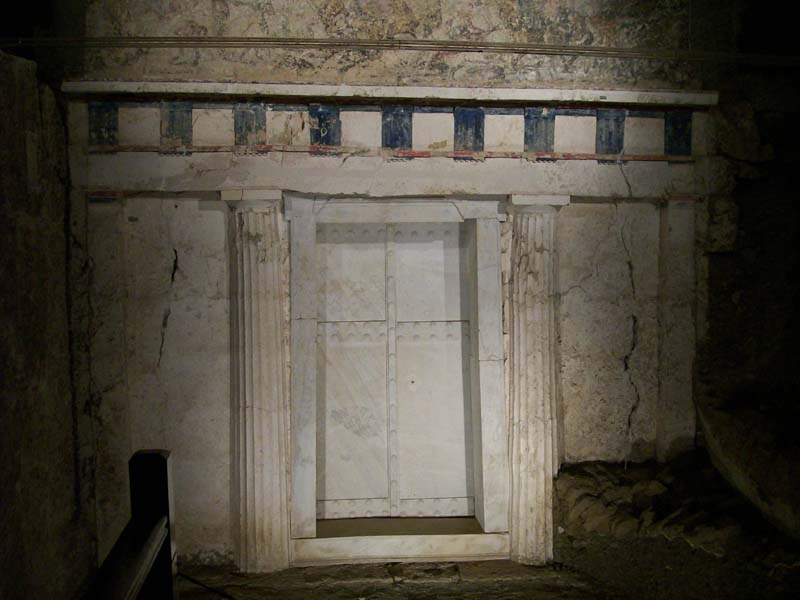 “I took the little hoe which I have with me since 1952, I bent into the pit and began digging the earth under the key of the vault full of suspense and anxiety,” Andronikos wrote in his book Vergina: The Royal Tombs. “My colleagues were all around me. (…) I continued digging and I was certain. The stone wall of the west wall was in its place, steady, solid. (…) – It is intact! It’s closed! I was deeply happy. I found the first intact Macedonian tomb.”
“That night — like all that followed — it was impossible to sleep for more than two hours. At around midnight, I took the car and I went to make sure the guards were in their place. The same happened at 2 am and 5 am. In any case, I thought, within the sarcophagus there must be a nice surprise. The only difficulty we encountered was that as we lifted the cover, we saw the content clearly and we had to be able to keep our composure and continue our work, just because our eyes were dazzled by what we saw and our hearts were about to leap out of our chests from emotion,” the book continues.
“Inside the sarcophagus there was a golden shrine. On top of its cover there was an imposing relief star with sixteen rays, and a rosette in the center. With much care and more emotion, I lifted the cover with the star by grasping it from the two corners. We all expected to see in it the burnt bones of the dead. But what we saw opening it left us breathless, with teary eyes and filled with awe: indeed there were burnt bones in the urn,” Andronikos continues.
“The most unexpected sight was a golden wreath of leaves and fruit of oak that was folded and placed on the bones. I never imagined such an inconceivable picture. I can bring to mind what I told myself: “If your suspicion that the tomb belongs to Philip is true — and the golden urn came to reinforce the truth of this suspicion — you kept in your hands the larnax with his bones. It is an unbelievable and terrifying thought that seems totally unreal.” I think I have never experienced such excitement in my life, nor will I ever experience again.” 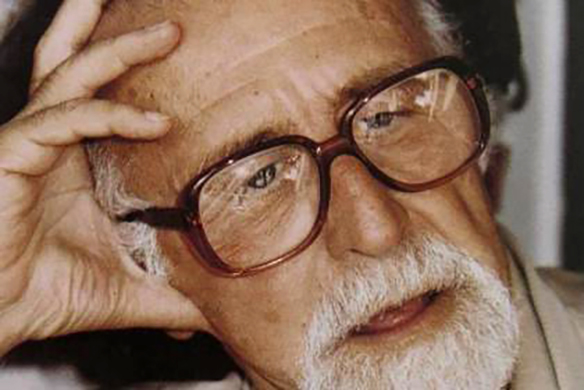 Dr. Manolis Andronikos
Dr. Andronikos was a professor of archeology at the University of Thessaloniki. The discovery of the tomb of Philip was his Golden Fleece.
In his book, Dr. Andronikos says the discovery provided “new information about Macedonian Hellenism,” as previous knowledge had been based almost exclusively on Athenian literary sources. He noted that information from Ancient Athens was often biased because Macedonia was a serious political rival.
Dr. Andronikos was born in Bursa, northern Turkey, in 1919 and began studying classical archeology at the University of Thessaloniki in the 1930’s, receiving his doctorate in 1952. He then spent two years in post-doctoral studies at Oxford University.
He first started digging in Vergina in 1937 as a student assistant. But his work was interrupted by World War II and the Greek Civil War (1946-1949).
He was a member of numerous scholarly societies; including the Archaeological Society of Athens; the German Archaeological Institute of Berlin and the Society for the Promotion of Hellenic Studies in London. 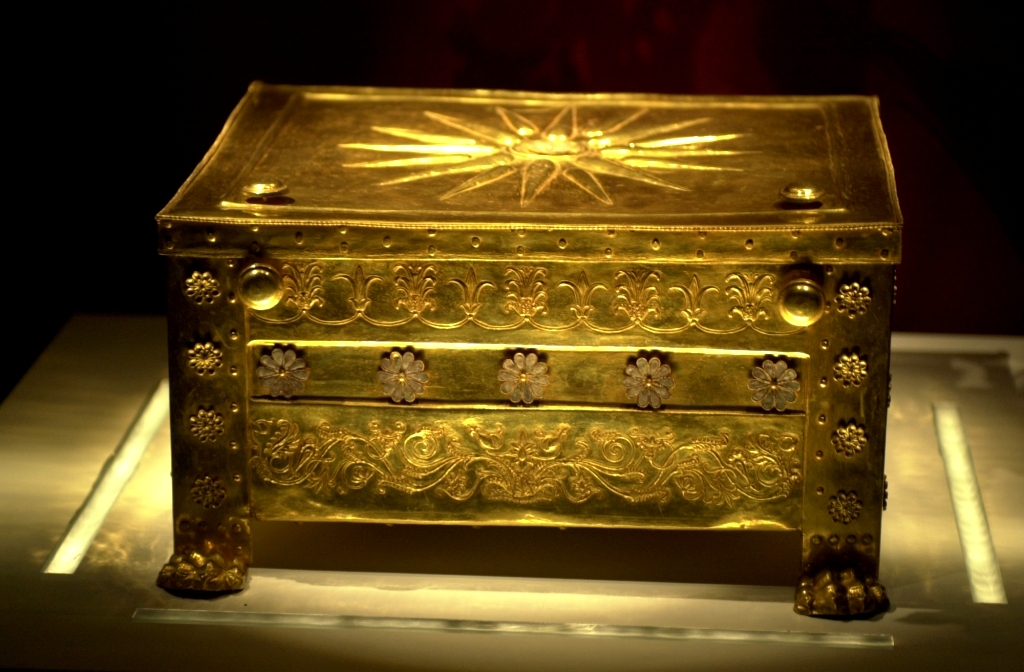 In 1982, Dr. Andronikos received the Olympia Prize from the Onassis Foundation. A few days before he died, he received Greece’s highest distinction; the Grand Cross of the Order of the Phoenix.
Dr. Andronikos died on March 30, 1992 suffering from liver cancer and a stroke at a Thessaloniki hospital. He was 73 years old.