By Tasos Kokkinidis
October 5, 2018
Facebook
Twitter
WhatsApp
Linkedin
Email
Nadia Murad, the Iraqi Yazidi who was sold into sex slavery by ISIS and awarded the 2018 Nobel peace prize, visited Greece seeking to become the voice of refugees that were stranded in the country.
During her visits in 2015 and 2016, when the migration issue was at its most acute in the country, the Nobel winner visited refugee camps in northern Greece and had meetings with Prime Minister Alexis Tsipras and President Prokopis Pavlopoulos. 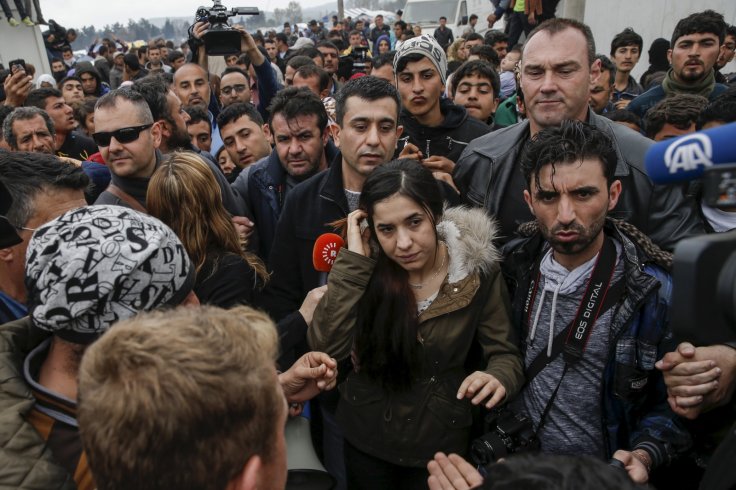 During her visit to the makeshift camp of Idomeni, near the borders with FYROM, Murad appealed to the thousands of migrants and refugees to abandon the camp and move into centers established by Greece.
“You should accept to be transferred to accommodation centers in order to be safe, as the borders [between Greece and FYROM] will likely remain closed,” she told the assembled crowd in Idomeni.
After the borders closed, a lot of migrants became stranded in Greece, she said adding that she wants to become “their voice.”
Murad was abducted with other Yazidi women in August 2014 when their home village of Kocho in Sinjar, northern Iraq, was attacked by Isis jihadis.
She was captured alongside her sisters, and lost six brothers and her mother as ISIS jihadis killed the village’s men and any women considered too old to be sexually exploited.
Murad, 25, is the second youngest Nobel peace prize laureate after Malala Yousafzai, who was 17 when she won in 2014.