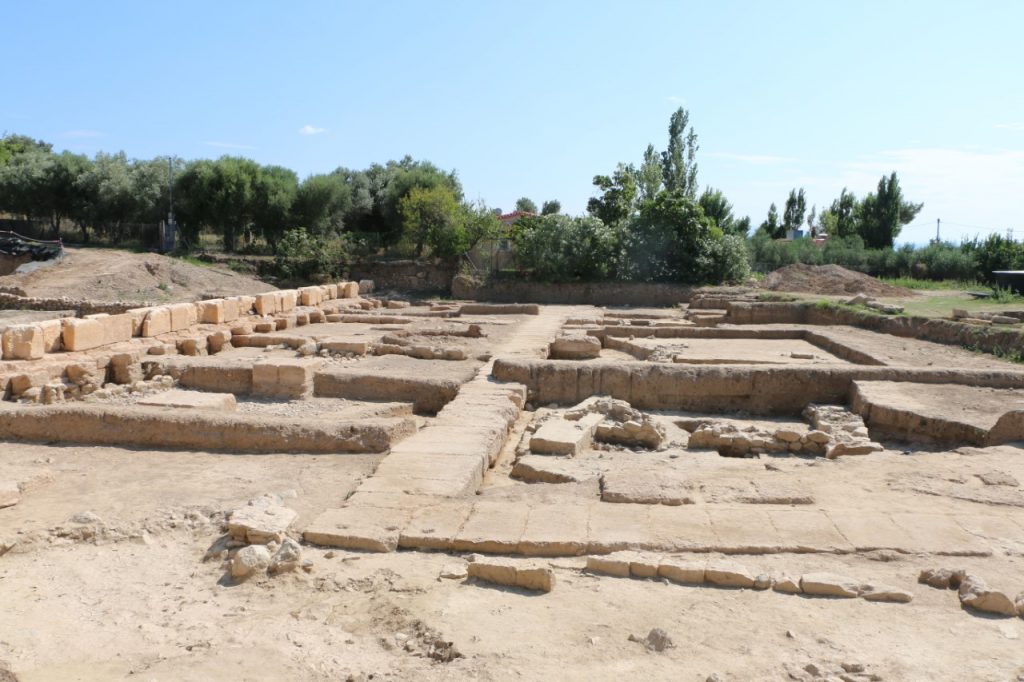 Archaeologists have discovered new findings in the sanctuary of Artemis, east of Amarynthos in Evia, central Greece.
The Artemis sanctuary was discovered in 2017 in an excavation carried out by the Swiss Archaeological School in Greece in cooperation with the Evia Ephorate of Antiquities and started 10 years ago.
The new findings include embossed tiles with the inscription “Artemis” and three statue bases dating from the Hellenistic era with inscriptions dedicated to the goddess, her brother Apollo and their mother Leto.
The findings helped identify the buildings that were excavated over the last 10 years at the sacred site. According to ancient writings it was one of the most important sanctuaries in Evia. 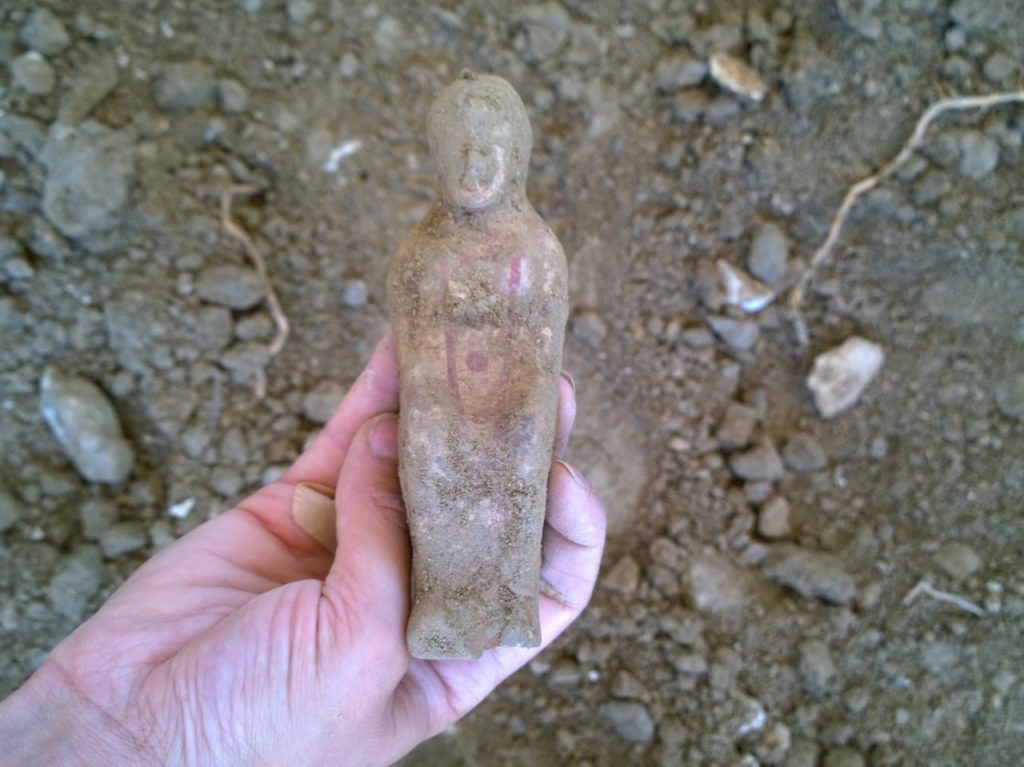 The previously excavated buildings are two galleries that define the temple from the east and north, as well as a sacred fountain.
The 2018 excavations started at the end of June and lasted through early August, led by Professor Karl Reber of the University of Lausanne, Director of the Swiss Archaeological School in Greece, and Amalia Karappaschalidou, Honorary Ephor of Antiquities of Evia.
The research was focused on the central site of the sanctuary to reveal the ancient temple and the altar. Significant finds in 2018, such as a copper quartz figurine, part of a statue of Artemis and a new sculpture base bearing the names of Artemis, Apollo and Leto, as well as another base, strengthen the view that the temple is in this area and is expected to be identified in the coming years. 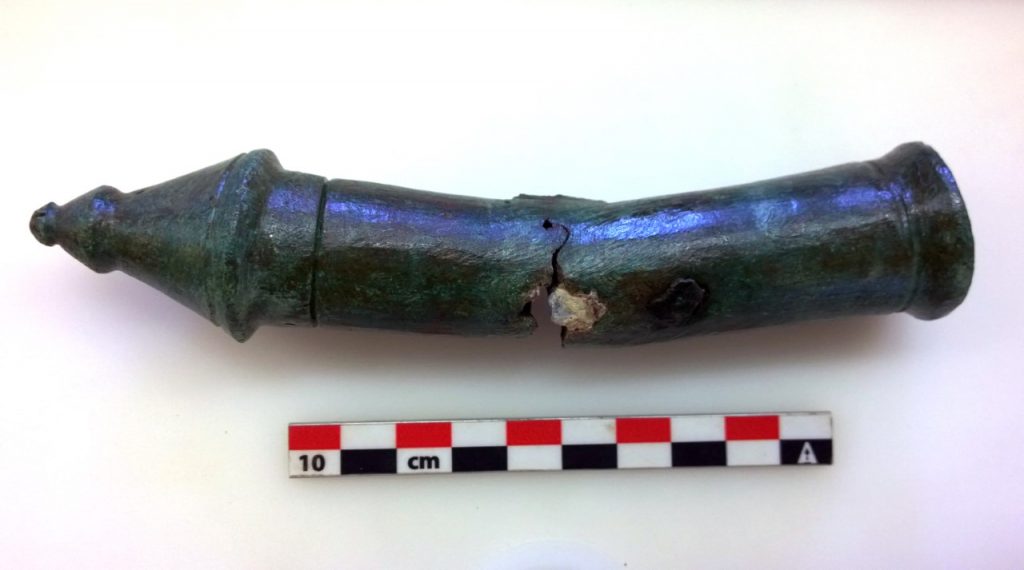 The Swiss and Greek archaeologists also investigated the remains of earlier building phases dating from the 10th to the 7th century BC, such as an elongated building over 20 meters in length, dating back to the Early Archaic period, and resting on an arched building.
The excavations indicate that the foundation of the sanctuary of  goddess Artemis at the edge of the fertile plain east of Eretria is connected with the strengthening of the border of the city – Eretria.
According to a statement by the Ministry of Culture, the religious character of the site, following a disaster in the 1st century BC, was probably renewed in the 2nd century AD and continued until about the 3rd century AD, as Professor Denis Knoepfler, historian and archaeologist at the University of Neuchatel in Switzerland. 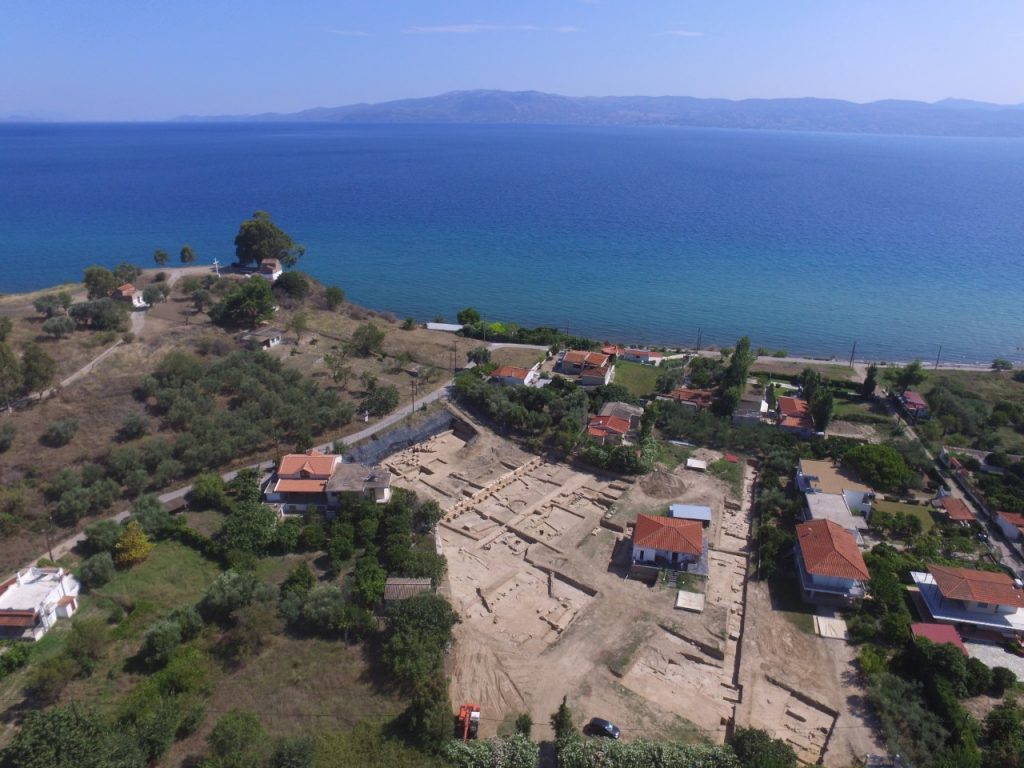