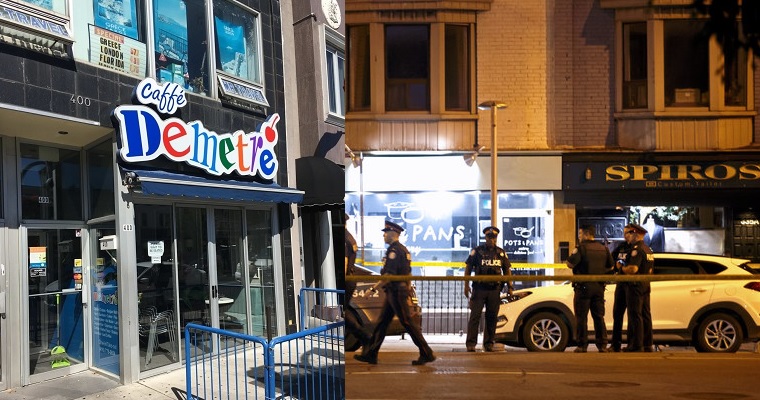 Customers in a Greek cafe in Toronto’s Greektown were among the victims of the gunman who opened fire on on Danforth Avenue on Sunday evening, when the area was teeming with people.

The gunman killed a young woman and injured 13 other people, one of them critically, police say.

The critically-injured victim is a girl of eight or nine, they add.

The gunman is dead, reportedly killed in an exchange of shots.

Emergency services were called just after 22:00 (02:00 GMT Monday) to the scene, a plaza with a fountain which is popular with local people and was busy at the time, the Toronto Globe and Mail writes.

At least two cafes or restaurants appear to have been fired on.

Eyewitnesses said that the Toronto shooter opened fire at customers of the Greek cafe Demetres on Danforth Avenue. 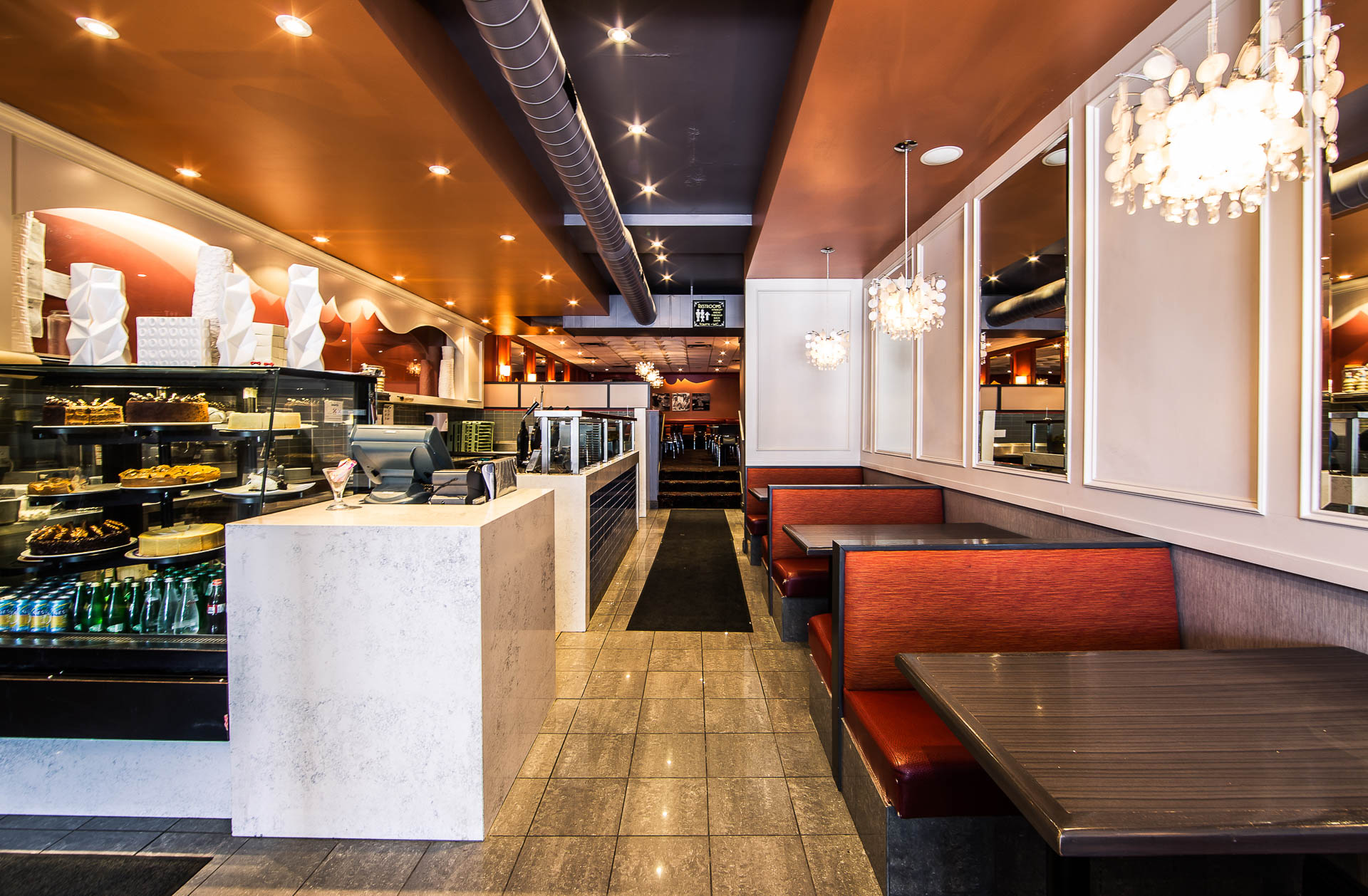 Eyewitness Jim Melis described a white man wearing a black cap and a bandanna, firing shots into a cafe.

Mr. Melis was driving southbound toward Danforth Avenue when a man ran out in front of his car, crossing the street. He said the man walked by the Demetre cafe, pulled out a gun and began shooting through the window.

The cafe, established in 1989, is described as swanky with an extensive (homemade) ice cream-based desserts menu, plus waffles & hot drinks.