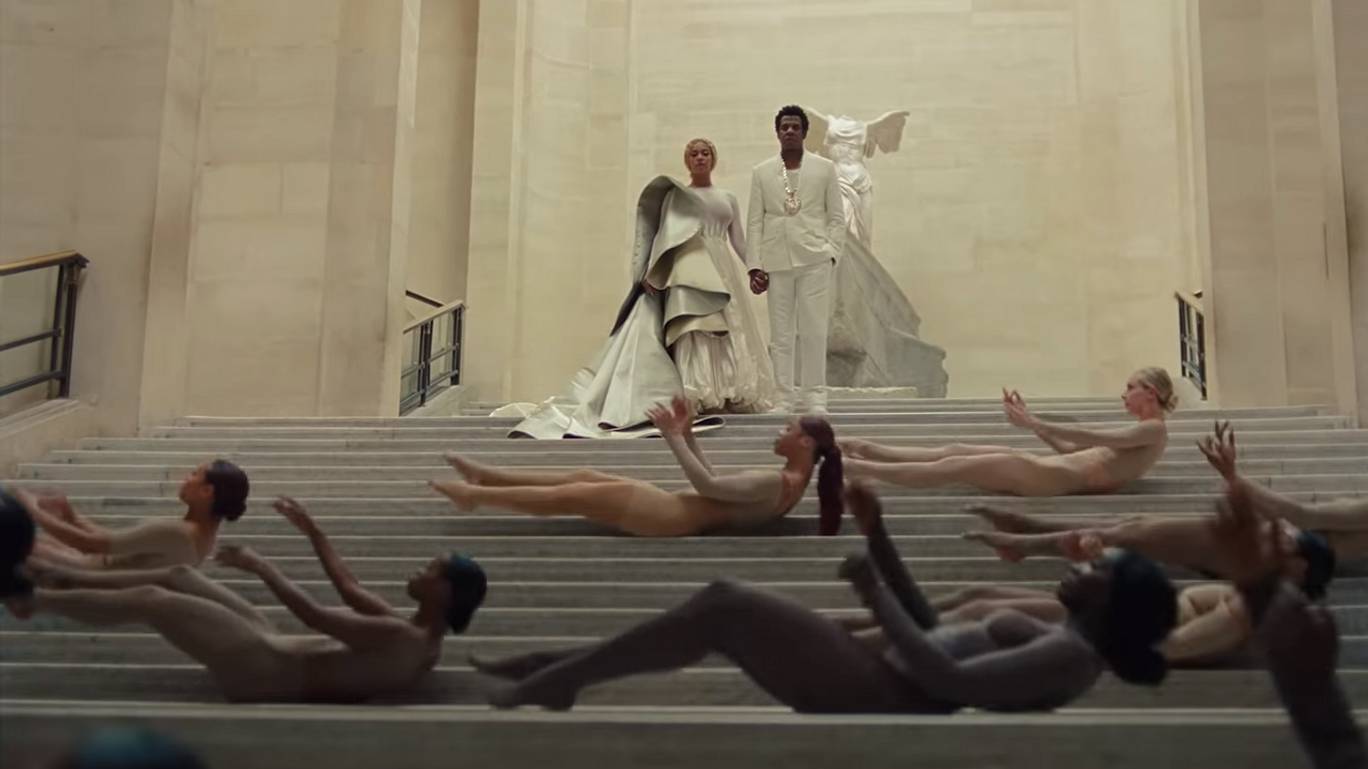 Over the weekend Beyoncé and Jay-Z, the world’s hottest hip-hop couple, dropped their first joint album on Tidal called “Everything Is Love”.

The only video to be released thus far for the nine new tracks is for the song “Apesh*t”, which is being praised for putting the spotlight on the imbalance of recording BAME (Black, Asian, and minority ethnic) figures in Western art history.

Beyoncé and Jay-Z filmed the video at the Louvre in Paris and used the backdrop of famous ancient Greek artworks such as Nike of Samothrace and Venus of Milos to make their statement. Let’s look at how these famous pieces of art were depicted in the video.

Nike of Samothrace dates back to the 2nd century BC and is a former masthead from an Ancient Greek ship. The story goes that in ancient times Nike is said to have flown around in her chariot, rewarding the victors of war on the battlefield.

The statue is considered to be a symbolism of a powerful female figure – with Nike’s famous 1-foot-forward stance as she steps forward against the elements – much like Beyoncé herself. 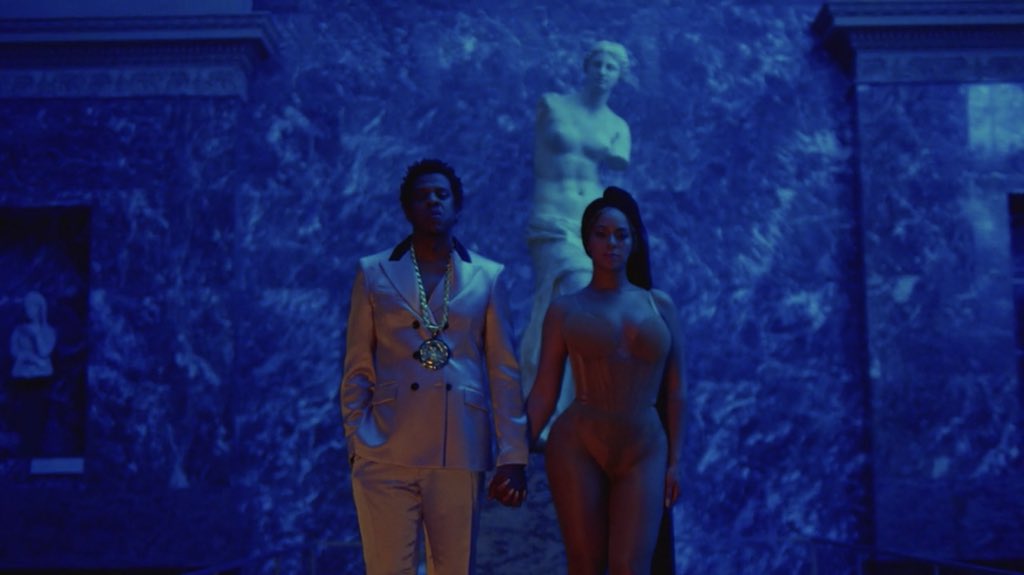 Beyoncé takes a bold stance in front of the ancient Greek statue, Aphrodite of Milos. Instead of standing quietly in front of the statue, which is considered to be one of the most famous representations of female beauty in art history, the hip-hop artist dances in front of the still-life, wearing a nude leotard, showing that she is an active and powerful woman who deserves being noticed.

The statue of Aphrodite of Milos is better known as the Venus de Milo.

It has been almost 200 years since the famous Greek statue known to Greeks as Aphrodite of Milos, was discovered by a farmer on the Greek island of Milos.

The man is said to have discovered the statue while renovating the walls of his property and the Aphrodite of Milos was soon sold to a French naval officer and was to later be gifted to King Louis XVII. The statue of Aphrodite would then end up in the Louvre in Paris and become one of the museum’s most famous items on display.

Check out the video making headlines for yourself!