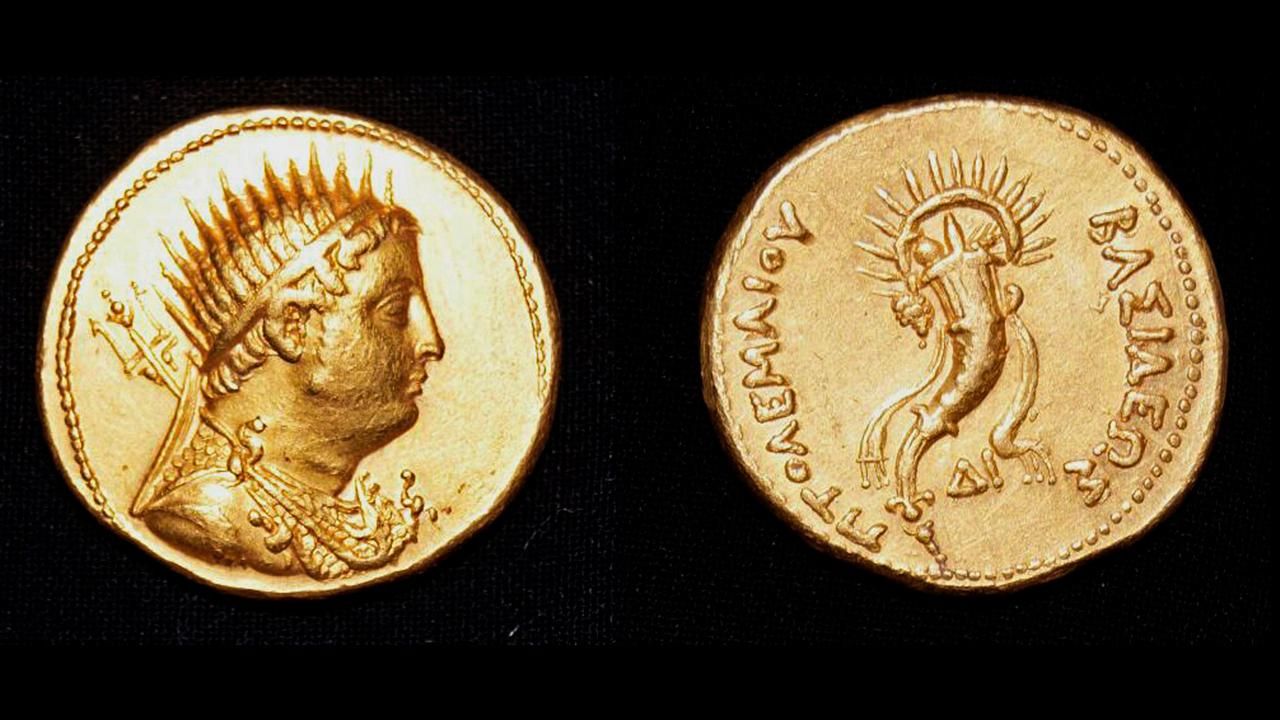 Archaeologists in northern Egypt have discovered a 2,200-year-old coin depicting King Ptolemy III Euergetes, said to be an ancestor of Cleopatra.

The coin, which bears the image of the king on one face and his name in Greek along with a symbol of prosperity on the other, was unearthed at the excavation of a large Greco-Roman building at the San El-Hagar archaeological site.

Ptolemy III ruled Egypt in the 3rd century BC. He was born on the Greek island of Kos in 284 BC.

Egypt’s Ministry of Antiquities says that the coin was made during the reign of King Ptolemy IV in memory of his father. Ptolemy IV reigned from 180 to 145 BC.